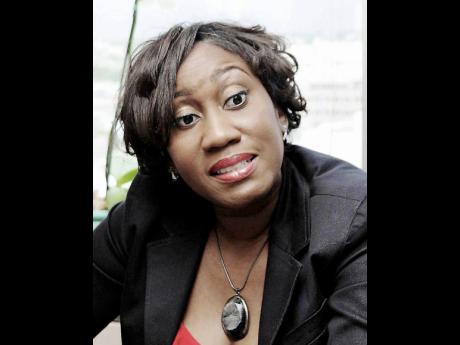 Children's Advocate Diahann Gordon Harrison says it is disappointing but not surprising that teachers and school administrators are still using corporal punishment as a means of control in the classrooms.

"Quite frankly, I am not surprised and I anticipate that we will hear this for a little while. It is disappointing, but I understand it," said Gordon Harrison, as she noted that the use of corporal punishment is a part of the Jamaican culture.

"I recognise that in societies, not just Jamaica, we usually get to pronouncements and formal decision before the culture actually catches up to it. So my understanding of this whole debate on corporal punishment is that we are taking a stance as a country that is based on the research and the practical analysis that has been done over the years, that corporal punishment is not the best way of instilling discipline.

"The actual culture of the country has to catch up, and so what we are seeing manifest is perhaps people who are still in institutions who ought not to be doing this, not employing creative or alternative means," added Gordon Harrison.

She argued that there is need for discussions focused on the alternatives that should be used to discipline children.

"It really has to be a very massive and continuous public education, giving our teachers and administrators the alternative tools to deal with students who they deem to be disruptive, or undisciplined, or disobedient," she said.

She is also of the view that a teacher should not automatically face criminal charges for utilising corporal punishment.

"Because it is such a part of our culture, I would prefer to say that there has to be some kind of discussion on bringing teachers up to the standard before you start criminalising," she said.

"I think it would be a little bit punitive if we move straight from a decision to just start arresting left, right and centre. I think a medium kind of response would be to engage where the infraction is taking place ... and see if there can be some kind of guidance and support given as to what are workable alternatives before we get to the criminal sanctions," argued Gordon Harrison.

The act also states that "where restraint of a child is necessary, such restraint shall be administered in accordance with regulations made for that purpose".