‘Hanover has the fattest men in Jamaica’ 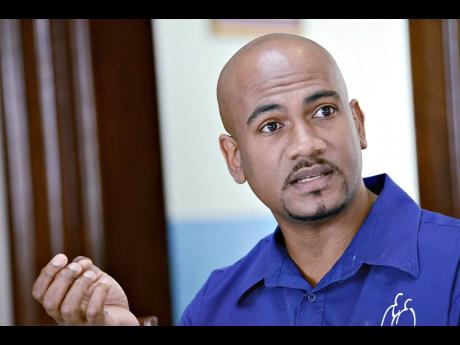 Dr Alfred Dawes, senior medical officer at the Savanna-la-Mar Hospital in Westmoreland, says the parish of Hanover is having a growing obesity problem, especially among the male population.

“Somebody told me that some men here in Lucea were saying that they do not want to hear anything about obesity. They want to hear about dengue, but I put it to you that the men of Hanover should be the most interested in obesity because Hanover has the fattest men in Jamaica,” said Dawes.

While not providing data to support his claim, Dawes pointed out that the parish of Westmoreland sits at the direct opposite side of the scale with Hanover with regard to the body size of its male population.

The respected medical doctor pointed out that if more calories are consumed than what is utilised by the body, it is a sure way of ending up with the disease.

“Obesity means that you have excess weight, and if you are shorter, you are allowed to have a certain weight, but if you get beyond a certain point, beyond a BMI (body mass index) of 25, then you are considered overweight. Greater than 30, you are obese. Greater than 40, severe obesity,” said Dawes.

He explained that the needs of the body in terms of caloric intake depend on body size and sex while encouraging persons to engage in physical exercise to burn excess calories or the body would convert it to fat.

Dawes further noted that while obesity cannot be cured, it can be put into remission with healthy eating habits, exercise and good, sustainable lifestyle habits.