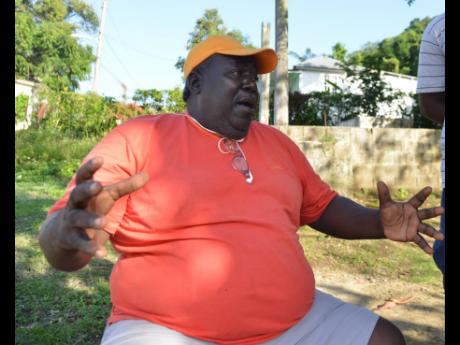 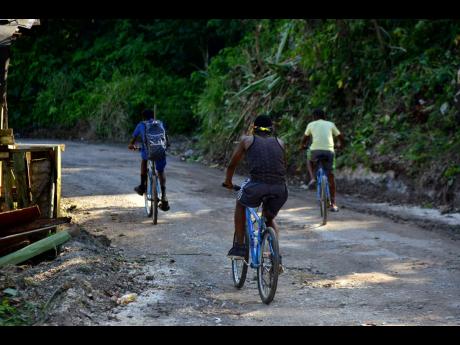 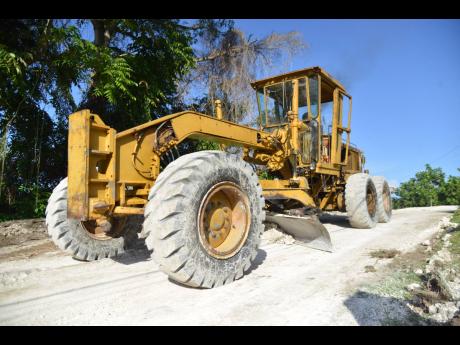 A maddening road blitz is currently under way in the constituency of Portland Eastern, some starting even as a Sunday Gleaner team toured sections of the constituency, which will have a by-election on March 25. Nomination day will be March 8.

The ruling Jamaica Labour Party (JLP) Government is spearheading massive road maintenance work, drain cleaning, and bush clearing in various sections of the constituency, which will vote for a new member of parliament following the murder of then incumbent Dr Lynvale Bloomfield on February 2. The JLP’s Ann-Marie Vaz will challenge the People’s National Party’s Damion Crawford.

While welcoming the improvements, residents who spoke with The Sunday Gleaner yesterday in the communities of Lydarth, Nonsuch, Sherwood Forest, Fairy Hill and along the Boston main road said there was “straight victimisation” of PNP supporters.

“Ann-Marie Vaz has been working long before Dr Bloomfield died, and we were prepared to give her a chance. But the entourage she has with her is a turn-off. I am an activist and I cannot identify one PNP person who has got any work on any of the projects. This is straight victimisation. We don’t want this type or politics down here,” William Rupert, a PNP activist in Fairy Hill, told The Sunday Gleaner yesterday.

According to him, under Bloomfield, both PNP and JLP supporters would be employed.

Along the road to Boston, utility posts were littered with pictures of ‘Action Ann’ and Labourites wearing T-shirts could be seen with the same message.

In the community of Clear Spring, the sight of the freshly rolled marl road was inescapable. Marl was unloaded Friday evening and by 1 p.m. Saturday, less than a mile into the Williamsfield community was freshly covered. Idle heavy-duty equipment which had done their job for the day was parked nearby. However, a drive to where the marl-covered road ended showed terrible road conditions.

Sections of the roads leading to Sherwood Forest were in deplorable condition, and residents loyal to the PNP questioned whether they would be beneficiaries of the infrastructure works.

When the Sunday Gleaner team headed to Nonsuch, miles and miles of road were observed, some with massive potholes but with about 100 metres asphalted in four swathes.

It was there that Lola Marie Campbell, or ‘Red Red’, made it clear where her allegiance lay.

‘NO DYNASTY ROUND HERE’

“Straight Rasta,” she told The Sunday Gleaner, stating that she did not expect water which has been gone for weeks to return, because the area was a “PNP area.”

“No dynasty round here. No to colonialism. These people want to colonise East Portland and next thing you know, black people have to pay tax to walk round here,” said a man along the road to Nonsuch.

Along the road to Lydarth, drain cleaning was evident, and a hatchet job of bush clearing. Marl was also dumped in potholes along the way and residents said they had been promised asphalted roads.

There was also support for Vaz, who has been credited with doing work in the constituency during Bloomfield’s lifetime.

“Action Ann came up with a good work policy, but PNP people have been victimised. But some of the work she got done; you have to give to Caesar what belongs to Caesar,” said a resident in Fairy Hill who did not want to be named.

Earlier in the day, a convoy of sport utility vehicles was observed at the popular jerk spot at Boston. One vendor there said, “Rasta dead,” while a woman responded that “dead Rasta we want,” jocular references to the dreadlocked Crawford.