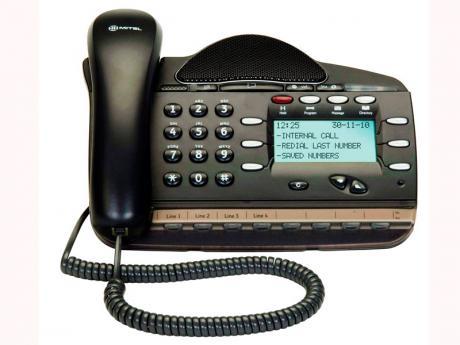 According to telecommunications company, Flow, the companies and institutions have not yet completed the necessary steps to facilitate 10-digit dialing.

It said, some alarm systems, point of sale terminals and PBXs could be negatively impacted if the necessary modifications have not been done.

Director of Corporate Communications and Stakeholder Management at Flow, Kayon Mitchell, said while there are several technical companies that can perform system reconfigurations, the testing and validation process requires Flow’s support to be properly implemented.

"The fact that we were not contacted to collaborate with them indicates that there is possibly a lack of readiness on the part of those entities,” Mitchell said.

According to her, despite the measures taken by Flow to reach the various entities over the past eight months, it received minimal responses.

“Given this lack of responsiveness, we anticipate that there is likely to be some disruption to the services that are impacted by the new ten-digit dialing format,” she said.

Mitchell said while she understands how disruptive the changes might be for some, the telecommunications company is required to comply with the Office of Utilities Regulations and the deadline for the introduction of mandatory 10-digit dialing.

However, she said the necessary steps have been taken to minimise disruption.

Mandatory 10-digit dialing was introduced on May 31 last year.

However, when people dialled only seven digits, the call would be permitted after they received a recording advising that the new 10-digit format was now in effect.

That permissive dialing period was scheduled to come to an end on October 31 last year but was extended March 30 this year, as some companies were not ready.

Why the mandatory 10-digit dialling
The current Jamaican area code 876 area code is almost exhausted and a new area code — 658 — has been added.

What you need to do
Individuals: Update your contact lists with 876 preceding all local numbers.

Businesses: Ensure your telephone systems are updated in preparation for the new regime.

2. Jamaica is the first North American Numbering Plan Administration country in the region to implement an additional area code.

4. Jamaica's 876 area code was assigned in 1996 with the view that it would provide sufficient numbering capacity for the next 20 years of growth.

5. Thirteen years after area code 876 was introduced, the country had to consider the introduction of a new area code as 876 numbering issue almost exhausted.