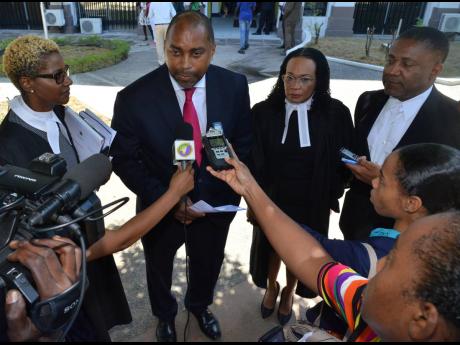 A key plank of legislation championed by the Holness administration was yesterday struck down as unconstitutional, delivering a body blow to the Government’s identity law and offering vindication to critics who deemed it illegal and an overreach of state authority.

The Government had pressed ahead with the passage of the legislation despite appeals for more consultation, arguing that the National Identification System (NIDS) would simplify Jamaica’s multilayered identity platform and create a database that could bolster crime fighting.

The Charter of Fundamental Rights and Freedoms, which replaced Chapter Three of the Jamaican Constitution in 2011, was pivotal to the ruling. Parting with tradition to only remove offending sections of law, the Constitutional Court annulled the entire National Identification and Registration Act (NIRA) 2017 because it deemed the remaining elements of the law inseparable from the excised portions.

In a 309-page ruling, Justice Sykes pointed out that Section 6 (1) (e) of the NIRA, which governed policies, procedures, and protocols governing data collection and use under the controversial National Identification System, violated Section 13 (3) (j) (ii) of the Charter of Fundamental Rights and Freedoms, which guarantees respect for, and the protection of, privacy. He cited further that the statute did not provide sufficient safeguards against the misuse and abuse of data collected.

“There is no independent oversight body that is mandated to conduct an audit of the National Identification and Registration Authority and take action where it is found that employees individually, or the Authority, as an institution, has violated the NIRA,” said the chief justice, whose announcement was live-streamed, a departure from Jamaica’s conservative judicial culture.

Justice Sykes also found that the compulsory submission of biographical and biometric data, as outlined under Section 20 of the NIRA, which contains 14 subsections, was a violation of privacy rights under the charter.

Referencing Section 39 of the NIRA, which states that information may be requested by an entity to verify identification, Justice Sykes ruled that this, too, contravened the charter.

The mandatory legal obligation by Jamaican and ordinary residents to produce a national identification card or number when seeking to access goods and services from public bodies while not placing the same legal obligation on foreigners to do same, would amount to unequal treatment, said Justice Sykes in a statement .

Quoting lyrics from the late reggae superstar Bob Marley – “No chain around my feet, but I am not free, I am down here in captivity in this concrete jungle” – Justice Batts said that the words reflected the sentiment of many inner-city dwellers.

He said that while NIRA could be viewed as an attempt by the Jamaican Government to address concerns about economic, social and political liberation, and policymakers may have had good intentions, like Justice Sykes, he found the Act to be unconstitutional.

“The involuntary nature of the policy infringes guaranteed constitutional rights. Furthermore, the statute seeks to prevent access to services both public and private, or to make possible the denial of such services, to citizens who fail to obtain the said national identification. There is further no, or no adequate, mechanism to prevent the utilisation of the data obtained for other purposes such as the creation of profiles,” a section of Batts’ judgment reads.

Justice Lisa Palmer Hamilton adopted the findings of Justices Sykes and Batts but went further to state that the legislation could not stand even if offending sections were excised from the substantive act.

On November 21, 2017, the NIRA was passed by Parliament amid a walkout by the Opposition when the Government failed to refer the bill to a joint select committee for further deliberation. In May 2018, People’s National Party General Secretary Julian Robinson filed a personal claim challenging the act, citing that it breached several of his rights guaranteed under the Charter of Fundamental Rights and Freedoms 2011.

Numerous groups made presentations on NIDS in Parliament, but some stakeholders argued that there was need for more time and more interests to weigh in with proposals.

NIDS is being funded at a cost of US$13.6 million from a US$68-million loan by the Inter-American Development Bank.

The Government had argued that a national identification project had been in gestation for decades and that more consultation was a stalling tactic geared at frustrating passage of the law.

A brief statement from the Office of the Prime Minister said that the Government was reviewing the decision.

Robinson said that the ruling was “a victory for the Jamaican people”.

“We took this action on their behalf because we felt that based on the provisions in place, it challenged the Constitution and it infringed and abrogated the rights of Jamaicans,” he said.