JAS to move off Gov’t books in two years 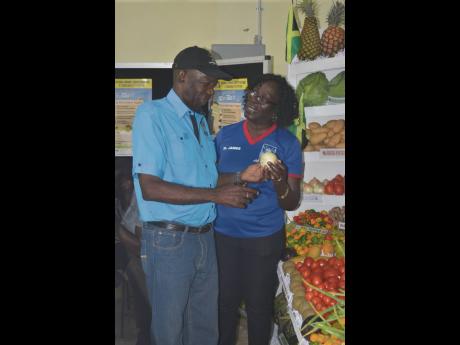 Minister without portfolio in the Ministry of Agriculture and Fisheries, J.C. Hutchinson, has announced that in the next two years, the Jamaica Agricultural Society (JAS) will become a non-government agency and will have to finance its own operations.

“The JAS is over 125 years old with a membership of over 220 members, and it is now going to be transitioned from a public body to a non-government organisation within the next two years. That means that the JAS will have to be standing on their own two feet,” said Hutchinson said during his address at the Montpelier Agricultural Show held yesterday in Montpelier, St James.

“That means that the JAS will have to be making money themselves so that they can finance their operations. At present, the Government is paying the JAS roughly $100 million a year to assist in the running of their organisation, but in another two years, they will have to stand on their own,” the minister said, while outlining several policy shifts to be made in the agricultural sector.

Hutchinson also told the show’s patrons that more emphasis will be placed on farmers receiving input and assistance through organisational bodies instead of acting on their own.

“To grow agriculture in Jamaica, we have to change the culture. We now have to be team players, and we can no longer be the Lone Ranger. We’re finding that many times, inputs are given through RADA (Rural Agricultural Development Authority), but when it is channelled out, it goes to persons who say they want fertiliser and chicken and then turn around and sell it,” said Hutchinson.

Other areas of focus for agricultural development include the introduction of new crops such as strawberries and castor beans, and provision of $700 million in support to local farmers this year.