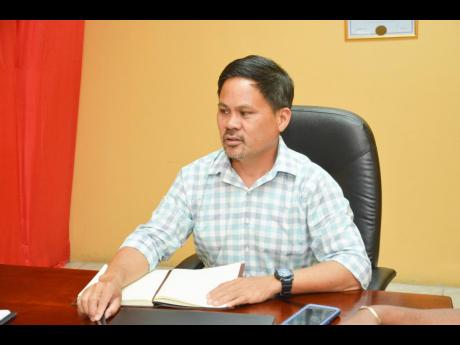 The Government is once again being urged to place the troubling oil pricing mechanism at the State-owned refinery Petrojam under urgent review in order to make the process more transparent to the public.

President of the Jamaica Gasolene Retailers Association (JGRA), Gregory Chung, has renewed the call as weeks of increases at the pumps have once again raised questions about the method used by Petrojam to arrive at its ex-refinery prices.

Chung said he has been monitoring the increases and has pointed to US sanctions against Iran and the fluctuating foreign exchange rates as possible reasons for the uptick.

“We have reached out to the new minister, and we are just waiting for further dialogue on the matter because it is full time the pricing mechanism be made as transparent as possible to the public,” he said.

He also called for a review of the tax on fuel, which is floating somewhere near $50 per litre.

“We understand that those taxes are needed, but we think it has reached to the point where it’s going to have an inflationary effect, and for gas station operators, the high price really does not suit us. The lower the cost for fuel, the happier are our customers, who are more than likely, as a result, to spend in other areas of our business,” he said.

The United States last week announced that it would no longer exempt a small set of countries, including China, from its oil sanctions regime against Iran. The result of this has been a marked increase in the cost for the product.

The Trump administration’s tough stand on waivers could remove an additional 500,000 barrels per day or more from the market in the coming weeks, adding to production cuts planned by the Organization of Petroleum Exporting Countries (OPEC) and ongoing production and export problems in Libya and Venezuela.

This, according to Chung, it is going to have a direct impact at the pumps locally and will hit customers in the pocket.

“Remember now, that we don’t produce any crude here; everything is imported. So whether it is refined or not, we are going to be affected by external shocks in the global market. Plus the foreign exchange rate also affects the price of fuel, and that has been on the upward swing lately. Hopefully, it (exchange rate) goes back down and we see a little reduction,” he said.

“At this rate though, we do not anticipate a reduction in world oil prices at least not in the short term; and it is hard to predict what may happen, because one decision by someone like the US president could drive crude prices further up,” the JGRA boss reasoned.

In the meantime, he said that his members have not yet indicated a downturn in their volume of sales, but noted that fall-off is expected in the sale of other fuel products.

“In the short run, people will continue to support, but over time, if the prices remain high, what we know is that they will then start making adjustment to their purchase habits and how they use their vehicles,” Chung added.