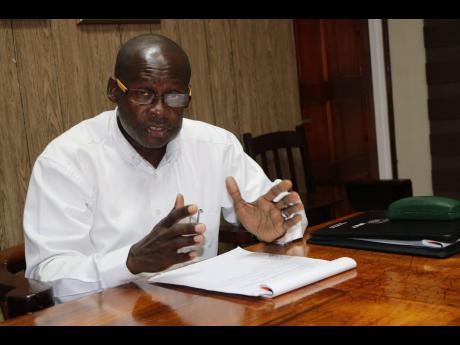 The Jamaica Railway Corporation (JRC) has come out swinging against criticism levelled against the corporation by Lennox Wallace, the chief public health inspector for St James, who is unhappy about health issues at the People’s Arcade in Montego Bay.

Last week, Wallace announced that his department would be writing to the JRC to request that it conduct better management of the People’s Arcade, which sits on land owned by the JRC. The facility has been under scrutiny due to squatters living there, which is a breach as it is in a commercial zone. In addition, there is a garbage-disposal problem as well rat infestation.

“We are not pleased with the situation at the arcade, and we want the JRC, as the owners of the property, to do something about it,” said Wallace.

However, in a release sent to The Gleaner, JRC CEO Fitzroy Williams rejected Wallace’s remarks, declaring that ownership of the property does not mean responsibility for its management.

“At no time was the JRC managing or purported to be the manager for the People’s Arcade. The JRC neither had, nor does it have, any agreement with the St James Municipal Corporation or the occupants of the arcade,” Williams stated in the release.

“It is unclear where Mr Wallace obtained the idea that the JRC is the manager for the facility, except that he must be conflating management with ownership,” noted Williams. “The problems resulting from the creation of the People’s Arcade, in the manner it was undertaken by the St James Parish Council (Municipal Corporation) between 1994 and 2007, cannot be thrown at the feet of the JRC simply because it is the owner of the property,” Williams fired back.

Despite its stance, the JRC nonetheless expressed a willingness to meet with all stakeholders to tackle the arcade’s issues “to help put an end to illegality, indecency, squatting, social and economic degradation, and public-health issues in the People’s Arcade”.

The People’s Arcade was established in 1996 by former mayor of Montego Bay Arthur Gilchrist to accommodate street vendors who were relocated to make way for the Inter-American Development Bank-funded Montego Bay South Gully Drainage Improvement Project.