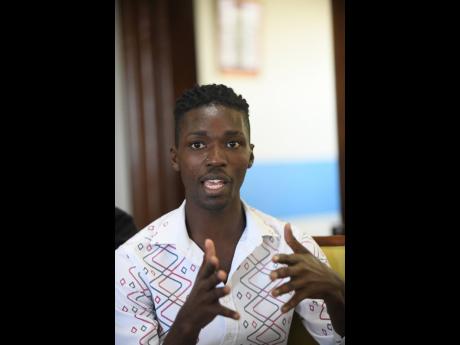 Members of Jamaica’s lesbian, gay, bisexual, and transgender (LGBT) community say there still exist no-go zones within the Corporate Area where their lives are openly threatened because of their sexual orientation and where the police are often indifferent to their rights.

Gay-rights advocate Joedaine Davis, one of several members of the advocacy group Equality for All Foundation, which includes members of the Jamaica Forum for Lesbians, All-Sexuals and Gays (J-FLAG), says administrators in the constabulary may have become more receptive, but some policemen on the ground are still discriminatory.

“Let me tell you a recent issue with police officers. I was exiting work to get lunch and a man pulled a knife and said that he was going to ‘stab up the ba***boy’. I was in braids and my make-up was on … and the police stood there and laughed,” said Davis emphatically of the incident that occurred in the busy metropolitan hub of Half-Way Tree late last year.

“I can’t get hit downtown and go into a police station, you know. In another incident, I got robbed and stabbed in my back, and they asked me what happened. I thought that it would be good for me to tell them the truth, that I was walking and they said, ‘Ba***boy! Don’t walk here so and give me your phone!’ But they made me sit down there for more than half an hour and blood just a run into my lung. When they were carrying me to the hospital, it was the worst drive,” said Davis during a Gleaner Editors’ Forum last Thursday.

Davis and other forum guests identified Half-Way Tree Square in St Andrew and downtown Kingston as areas characterised by a high prevalence of discrimination against gays, saying that they were particularly prone to violence on public transportation and in residing in inner-city communities.

The gay-rights lobbyists also report that they are the victims of stigma by landlords, which exacerbates the difficulty in securing rentals in Kingston and St Andrew.

While accepting that LGBT persons can openly move about downtown and in some inner-city communities, the LGBT guests argued that these persons most times are sheltered because they were either born in the communities or are related to gangsters.

Jaevion Nelson, executive director at J-FLAG, was welcoming of diversity policies within the police force but argues that like many Jamaicans, too many members of the constabulary remain hard-headed.

“We know that there has been some improvement; there are some police officers you can call at any time of the night … . But what you have is a situation where if somebody like ‘Jo-Jo’ goes to a facility, many police officers will call another member to say, ‘See your people them here, come deal with them,’ which is what we have heard from some police officers,” he said.

“A lot of it is really situational. So if you come up on any random police officer, you are not really sure about how he is going to treat you. We are not saying that LGBT people should be treated specially ... ; it is just another thing that may exacerbate the kind of experience you might have with the police.