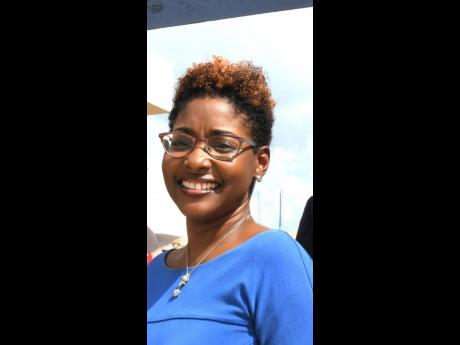 Following concerns raised by the People’s National Party (PNP) about the inclusion of independent bodies such as the Auditor General’s Department on the Integrity Commission, Auditor General Pamela Monroe Ellis has indicated that she was never invited to comment on her inclusion on the corruption oversight body when the legislation was being considered by Parliament.

PNP President Dr Peter Phillips said earlier this week that the concern in relation to placing independent bodies on the Integrity Commission had become an issue, especially where they have a role to play in the crafting of reports.

In 2014, the then ruling PNP administration tabled a bill to establish the Integrity Commission and set up a joint select committee to consider the proposed law. After extensive deliberations, the bill received unanimous support by lawmakers on both sides of the political divide and was later passed in 2017 by the Holness administration.

The naming of the auditor general as a member of the Integrity Commission was one of the provisions that were retained from the previous integrity law in terms of the constitution of the commission.

“I have my own views on it, but I don’t think it is proper for me to defend that position. I think it is best to hear from someone who is independent of it and let them put forward (their recommendation),” she said.

However, Monroe Ellis made it clear that the exercise of her professional independence and judgement as auditor general would not be curtailed in her capacity as commissioner of the Integrity Commission.

Monroe Ellis insists that she was appointed to the Integrity Commission in her capacity as auditor general. “I am expected to apply my professional judgement and bring my professional competence to bear on that,” she maintained.

The Gleaner, in its editorial yesterday, also raised concerns about the likelihood of overlap between the work Monroe Ellis does routinely and investigations the Integrity Commission will undertake, noting that “in that regard, the auditor general cannot be a member of the commission”.

The editorial made it clear that it had no question about Monroe Ellis’ personal integrity or skills. “The work of her office over the years speaks for itself,” the editorial stated.