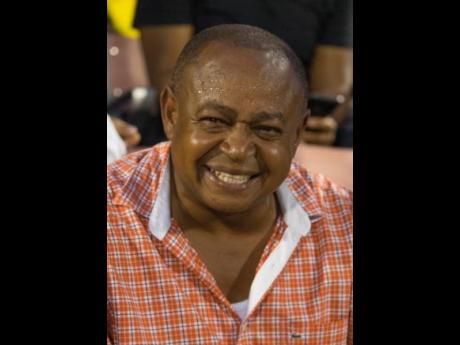 Contrary to media reports, popular Montego Bay businessman Raymond ‘Moony’ Kerr, who was found dead at his home in the western city on Monday, did not die as a result of his throat being slashed but was, in fact, killed by a single gunshot wound to the back of his head.

According to Ellis, the police have launched an intensive investigation into the killing, and while they are following some promising leads, it is still too early to draw any definitive conclusions.

“What I can tell you is that the investigations are progressing well, but it is still early days yet,” he told The Gleaner.

The 53-year-old Kerr, a long-standing representative for the Inter-Secondary Schools Sports Association’s Western Region and a popular member of the Cornwall College old boys fraternity, was discovered dead inside his apartment in Appleton Hall, Montego Bay. He was last seen alive on Saturday.

Yesterday, his friends and associates – especially persons with links to his alma mater – took to social media to express their grief at his passing and to share memories of their association with him.

“What is man?” asked Craig Oates, the vice-president of the Hanover Football Association, himself a prominent Cornwall College old boy.

“Here today, gone tomorrow. Moony was a stalwart who helped a lot of people. The senseless violence has claimed another good man,” Oates continued in a post on Facebook.

Kerr’s killing has again highlighted the fact that despite being under three separate initiatives, the zone of special operations, in Mt Salem; the state of public emergency across the entire St James, and Operation Restore Pride in downtown Montego Bay, crime remains a major concern in the parish.

“There are people out there who are prepared to defy every attempt to blunt lawlessness. They are monsters who will risk their own lives to go out and kill and maim to satisfy their lust for blood,” a businessman told The Gleaner yesterday.

St James has recorded 57 murders since the start of the year, which makes it one of the nation’s bloodiest parishes, despite the various crime-fighting measures.