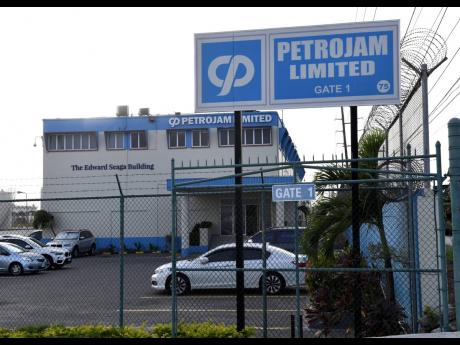 Jamaica’s foreign Minister Kamina Johnson Smith last night confirmed that the board of Petróleos de Venezuela (PDVSA), the South American country’s oil and gas company, has filed a lawsuit in relation to Kingston’s forcible takeover of its 49 per cent stake in local oil refinery Petrojam.

The development now opens up a new front of discord in months of frigid relations between Jamaica and its long-time Bolivarian ally.

Despite warnings yesterday by the parallel regime of Juan Guaidó that it retained interests in Petrojam, the Andrew Holness administration is adamant that the Jamaican Government owns 100 per cent of the refinery and, therefore, would not accede to the request to not retake its shares.

The PDVSA board appointed by Guaidó, recognised as interim Venezuelan president by more than 50 countries, asked Jamaica to stop the “expropriation” of the Petrojam refinery.

“The legitimate Government of Venezuela is defending the interests of the subsidiary of PDVSA, before the expropriation carried out by the Government of Jamaica of the shareholding of PDV Caribe in Petrojam,” the board said in a statement posted on Twitter and published Sunday by the team of Guaidó.

“Fifty-one per cent remain owned by PCJ (Petroleum Corporation of Jamaica). So there is no question about completing a transaction. The shares are now owned by Jamaica.”

Johnson Smith said that the money for the 49 per cent shares has been placed in an escrow account.

“So far as I am aware PDV Caribe has not made a claim, and those are the facts … ,” Johnson Smith told The Gleaner yesterday evening.

Other government officials stressed that the administration has not changed its position in not recognising Guaidó as president of Venezuela, even while it voted with members of the Organization of American States challenging the legitimacy of the embattled Nicolás Maduro regime.

On February 21, the Parliament of Jamaica approved the recovery by the Government of the 49 per cent shares owned by PDVSA.

The Senate subsequently approved the bill on February 24.

The Jamaican Government decided to buy the Venezuelan stake because of delays in upgrading the ageing Petrojam refinery, as well as sanctions imposed by Washington.

The upgrade had been delayed for many years and had become even more uncertain with the economic downturn and political instability in the South American country.

However, the PDVSA management board appointed by Guaidó, who is the head of the Parliament, said in the statement that they informed the Government of Jamaica “of interest in preserving the shareholding,” while warning them that they cannot “maintain any kind of the illegitimate regime of Nicolás Maduro”.

According to the statement, Guaidó also wrote formally to Prime Minister Andrew Holness in which he stressed that “only the legitimate Government of Venezuela, under the control of the National Assembly, can represent the interests of PDVSA in Jamaica”.

The Christopher Zacca committee’s report on the strategic direction of Petrojam has been submitted to Cabinet for review.