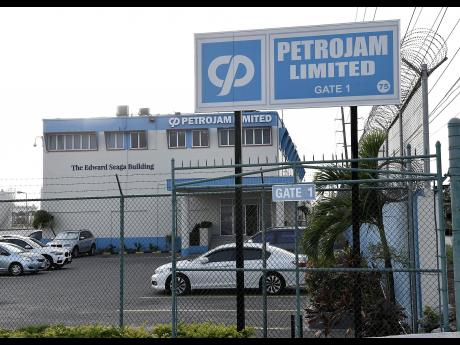 File
The offices of Petrojam.

The public will have a say in how the Government moves ahead with Petrojam in the wake of a report which recommended, among other things, that transfer of the management of the state-owned oil refinery to the private sector “provides the only credible opportunity to improve operating performance”.

That assurance came from Prime Minister Andrew Holness yesterday, even before the report, which was drafted by the Christopher Zacca-chaired Petrojam Review Committee, was made public. There are 12 recommendations in the report.

“I am always listening to what the public is saying and stakeholder groups. We will gauge public opinion, engage the public in this conversation and then we make a decision,” Holness said during a press conference at Jamaica House.

“So we will allow for a period of public discourse then the Cabinet will consider the ventilated matter and we will come to a decision.”

There were no details on how the public consultations will be undertaken.

NO FINAL DECISION YET

Cabinet has already reviewed the report, but has not yet “come to any conclusions”, Holness revealed.

He said the next phase is for the Zacca report to be tabled in Parliament, “then we will reserve parliamentary time for it to be debated”.

The prime minister, however, cautioned that the public consultations will not be “an unbounded period of engagement.” We have some critical timelines on these things “because the refinery is now not operating at its fullest.”

He said the situation is compounded by the Jamaica Public Service Company’s (JPS) ongoing shift from heavy fuel oil to liquefied natural gas.

“When JPS decides to switch on its plant, immediately Petrojam will lose a significant amount of its revenues. That will tighten the decision-making timelines for us,” Holness disclosed.

He acknowledged that “these decisions sound scary”, but added that it was the Government’s duty to “walk the public through it and to ensure that if there are to be changes, then no one comes out as a loser in the process of change”.