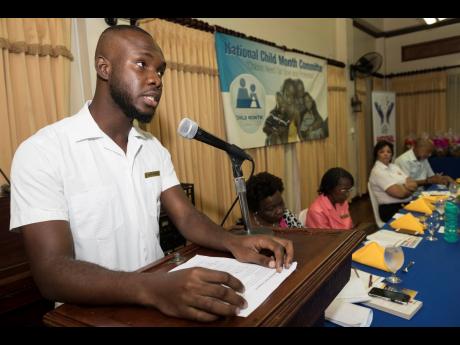 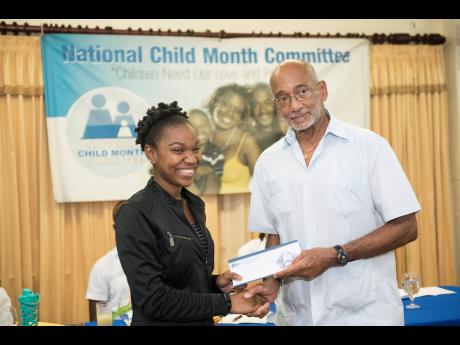 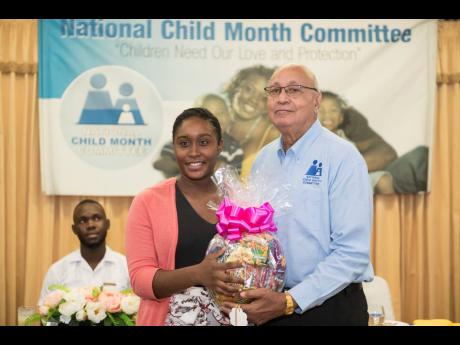 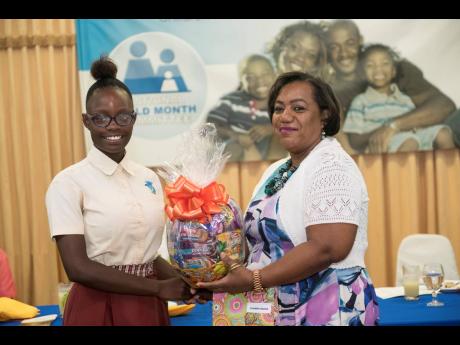 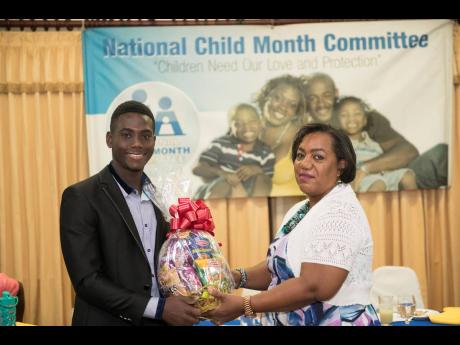 Eighteen students from across the island were yesterday recognised by the National Child Month Committee (NCMC) for their performance in last year’s sitting of Caribbean Secondary Education Certificate (CSEC) examinations.

Honoured under the committee’s Academic Achievement Awards programme, recipients had to be enrolled in a non-traditional high school at the time of the exam and attained five or more passes while overcoming great odds to do so.

The students were also required to embrace the spirit of volunteerism by taking part in some form of community service.

Yesterday, the awardees, accompanied by teachers and relatives, journeyed from as far as St James to be toasted in an almost three-hour-long ceremony at the Alhambra Inn and Restaurant in St Andrew, where they were treated to lunch and where they enjoyed a musical selection by two students from The Salvation Army School for the Blind and Visually Impaired.

The 2014 top awardee, Jaffet McDonald, who is now in his fourth year of medical school at The University of the West Indies, Mona, was the guest speaker at this year’s ceremony. A past student of the Guy’s Hill High School in St Catherine, he encouraged the awardees to remain resilient in tough times.

Speaking with The Gleaner after being named as this year’s top awardee, Legecia Angus, who also hails from Guy’s Hill High, was grateful for the NCMC recognition.

“I am so elated. I feel honoured to have been given the task to respond on behalf of all the awardees, and I want to commend the organisers and the National Child Month Committee for actually putting this on and for awarding students from non-traditional high schools. So I thank them,” said Angus, who has nine CSEC subjects under her belt.

Legecia Angus: We have to lean on each other

Top awardee Legecia Angus was not defeated by her difficult economic situation.

She told The Gleaner yesterday that she was one of four children her parents had to send to school.

“There are times when the only thing I get to go to school is my fare, but thank God, I have friends. Some of my friends, they’re in similar situations as mine, but, you know, we have to help each other out whenever we can. And there are the guidance counsellors. Like if you don’t have lunch money, fare, anything, you can always confide in the guidance counsellor,” she said.

Angus, who attends Guy’s Hill High School in St Catherine, passed nine subjects, seven of which were with distinction.

Awardee Code Clarke yesterday told The Gleaner that her journey to academic excellence was not easy.

Having lost her father when she was just six years old, the former head girl of Anchovy High School in St James said that she lived with her grandmother, while her uncle, who owned a little shop in the community, gave her money to go to school.

Despite financial challenges, she was able to secure eight CSEC subjects and is now enrolled at the Sam Sharpe Teachers’ College.

Tashema Reddie, a sixth-form student at the Brimmer Vale High School in St Mary, experienced tragedy on the brink of her examinations when her mother died. She said this time was extremely different, but she got encouragement and support from several persons to keep her focus during a difficult time.

“With the help of my guidance counsellor and my family, they helped me, but I went through a lot. I had to push myself. I went to the principal and told her that I couldn’t, but instead, she did not hold back, she encouraged me to do them (exams) and I did and achieved all my subjects,” said Reddie yesterday, adding that she passed six subjects.

A former student of the Troy High School in Trelawny, Kevoy Williams said that his road to success was not smooth, having had to find a way to prepare for CSEC mathematics without a teacher and with several of his other subject teachers changing every so often throughout the academic year.

He is intent on giving back by entering the teaching profession,

“Right now, I am going to Church Teachers’ College to become a teacher, and I am a maths student-teacher at the moment. Teachers are leaving the country, so I want to give back to those students who are going through the same difficulties that I went through,” Williams said.

He attained 10 subjects, five of which were with distinction.