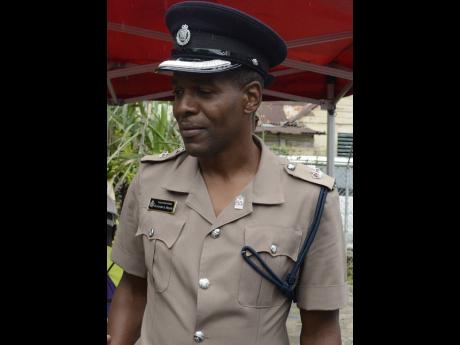 In the first six months of 2019, Clarendon has already recorded more than half the 133 homicides it saw for the entire 2018, yet Police Commissioner Major General Antony Anderson is confident the parish can still end the year with fewer murders than it had in 2018.

Cameron-Powell will end her stint in Clarendon on July 15.

The female senior officer had served in the tough central parish for four years before being reassigned to the Inspectorate of the Constabulary this week. During her tenure, she has overseen a steady decrease in homicides, ending last year with 38 fewer murders than the 171 recorded in 2017.

“I expect to see fresh eyes on the situation, and I expect to see high energy from him (Miller),” said Anderson as he and several members of the police hierarchy attended a Gleaner Editors’ Forum at the newspaper’s Kingston headquarters yesterday.

“I got high energy from Mrs Cameron Powell, and I expect Mr Miller to bring that … . He is a relatively young guy in terms of his rank and his length of service, but he has brought that kind of energy to everything that he has done. He has been very effective, and we think he is a good fit,” explained Anderson.

The commissioner said that the reassignment of eight officers this week was also aimed at protecting cops such as Cameron-Powell from burnout in high-intensity divisions like Clarendon, which, up to last Saturday, had recorded 70 murders, 55 shootings, and 32 robberies for the year.

At the end of June last year, there were 76 murders, 39 shootings, and 31 robberies. This was in addition to 42 reports of break-ins and at least 23 reported cases of rape.

“We certainly hope to end the year below what we were last year,” said Anderson yesterday even as police in the parish reels from brutal gun attacks, allegedly from gangsters who use the busy May Pen Square as battlegrounds with foes.

The shuffle of senior cops came on the heels of assertions from retired Senior Superintendent of Police and former Clarendon commander Radcliffe Lewis that Cameron-Powell was not a good fit for the parish as “she has her children to look after, and that is a woman’s job – to take care of the young ones”. The parish, he said, would be better served by a male police commander.

At least 10 persons have reportedly been murdered in Effortville in recent months even as police continue their investigations into a brazen midday heist by heavily armed thugs in May Pen last May.

Anderson expressed confidence that Miller, who has been relocated from the helm of the often-tough St Andrew North Police Division, will adapt well.

St Andrew North also recorded an increase in homicides for last year with 62 murders, up from 58 in 2017.