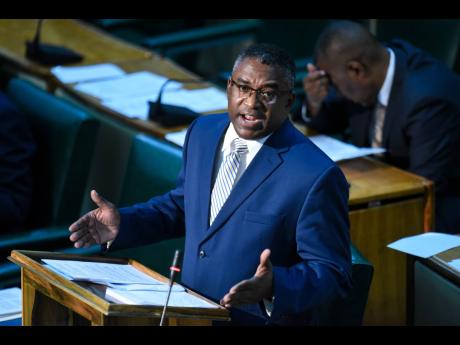 Senators on both sides of the aisle yesterday expressed their overwhelming support for the Tourism Workers Pension Bill, but recommendations were still made for amendments to the legislation as it was debated in the Upper House.

Opposition Senator Wensworth Skeffrey pointed to several clauses in the bill with which he took issue.

Section 2 of the first schedule of the bill, which treats with the composition of the board of trustees, states that it shall consist of not less than seven members appointed by the minister and shall not include less than three representatives from the tourism industry and a minimum of four member representatives.

This concern was shared by government Senator Kavan Gayle.

He insisted that the members of the board should not be appointed solely based on the will of the minister, but interest groups must have a say in who is appointed to represent them.

“Managing the administration and investment is critical, but I have a little concern about the composition, and I know for the start, it might be difficult … . Now you have this case, member representatives being representatives of the workers, and the self-employed, who is a distinct particular interest groups. I want to recommend that in this case, it is not left up to the minister to just appoint, but appoint by a nomination. Allow the interest groups to make their nominations [of] persons who are going to deal with their interest – not left up to the minister only,” said Gayle, who is also a trade unionist.

For opposition senator and economist André Haughton, his main concern was how the pension fund would be managed.