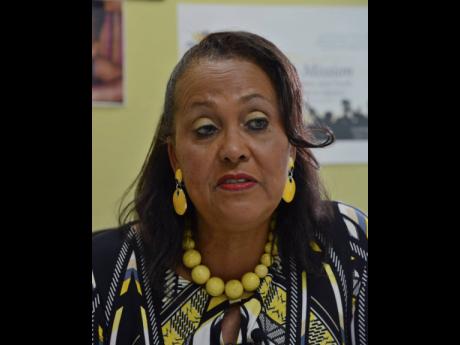 Convenor of the lobby group Hear The Children’s Cry Betty-Ann Blaine wants tougher laws to make it easier to go after ‘sextortionists’ who prey on the nation’s children.

Blaine, whose organisation works with families of missing children, noted that the advancement in technology, in particular the increasing use of the Internet, has caused children to become easy targets for sexual predators.

“It’s really child pornography, and the children are totally unaware of the dangers involved,” Blaine said.

The Child Pornography Prevention Act makes it criminal to possess and or distribute visual representations or audio recordings of children engaged in sexual activity or an image that depicts a child in a sexual context.

Section 9 of the Cybercrime Act also criminalises the sending of data that is obscene or menacing to a person (whether a child or adult).

Amid claims that parents are often reluctant to file reports, the police were not immediately able to say how many attempts at sextortion, if any, have been filed.

But Blaine said that her staff has been receiving reports from parents about attempts being made by unscrupulous persons to either lure their underage children via the Internet or otherwise engage them in inappropriate activity.

“The possible negative influence of the technology on children is a growing concern. There is no doubt that children have unparalleled access to the Internet, to social media,” said Blaine. “They know a lot more about the Internet and social media than their parents.”

At the same time, Blaine said that parents are losing the ability to supervise their children as far as the Internet is concerned.

“The question for advocates now is whether the bad is now outweighing the good where children are concerned because when you look at the spread of child pornography, children who are being lured away by predators, being sexually assaulted and murdered, many of these tragedies are being driven by the Internet and the fact that children now have unparalleled access without parental guidance and control,” Blaine lamented.

The Hear The Children’s Cry founder believes that pressure should be brought to bear on the country’s lawmakers for them to take action.

Blaine said that while there is need for tougher laws to protect children, the Government should move to invest money in a major public-education campaign to raise awareness about child safety.

“We must find the money to do it because our children are being endangered and our parents are crying out for help. They are ringing their hands not knowing what to do.”