Burke: I was wrong 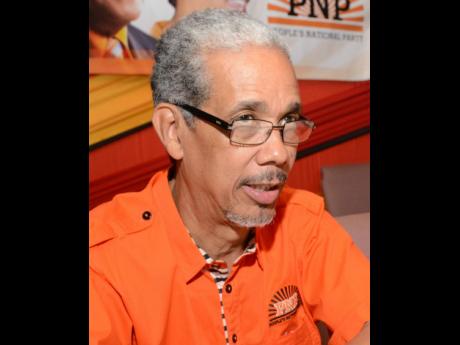 Former General Secretary of the People’s National Party (PNP) Paul Burke has turned on the extinguisher on the firestorm he created when he said his wife deceived him in lining up behind presidential challenger Peter Bunting.

Burke wrote to the PNP National Executive Committee following nomination proceedings last Friday, claiming that Angela Brown Burke had led him to believe she, like him, would declare support for the incumbent, Dr Peter Phillips.

In another letter, which The Gleaner obtained yesterday, Burke said: “I did not have the right to use the word deceive. The word ‘deceive’ was strong and wrong, and my views on the matter did not give me the right to use this word, either privately or – worse – publicly, unless I had irrevocable proof of motive. Truthfully, she is not that type of person.”

In his letter, the former general secretary told Comrades that he had never seen Brown Burke as his wife on the political stage and has defended his right to criticise her.

“When I supported Comrade Angela Brown Burke for any of her positions, I did not support her because she happened to be my wife. In later years, I supported her for a national leadership position because I truly believe in the principled, ethical, and philosophical leadership she provided, her commitment to human, social and community development in particular, and her consistent and often courageous advocacy for these and other issues,” he said.

“If I can publicly extoll her strength and virtues, solicit support for her, I am also at liberty to evaluate and criticise her actions. This is not character assassination or a malicious action,” Burke insisted. “Comrade Brown Burke is going to feature in my comments in what I expect to be a civil and respectful philosophical and ideological debate, which may be ducked for good reasons by some of our Comrades as I believe their double standards and contradictions will be exposed, but this debate should happen.”

In an apparent pushback against critics, who argue he was seeking to influence Brown Burke’s vote, Burke said he has never asked for favours from his wife in her political capacity.

“Comrade Brown Burke can confirm or deny, I have never ever asked the Comrade for a political or personal favour in any of her political capacities, not as councillor of the Norman Gardens Division, where I grew up, not as mayor of Kingston, not as a vice-president, and not now as member of parliament for South West St Andrew. I have never ever tried to influence her to vote against her conscience, and we have often amicably disagreed over choices. It has never been an issue. Some persons may find this hard to believe, but it is the truth, the whole truth and nothing but the truth,” Burke said.

Brown Burke has maintained that she made the right decision in supporting Bunting for president of the PNP.