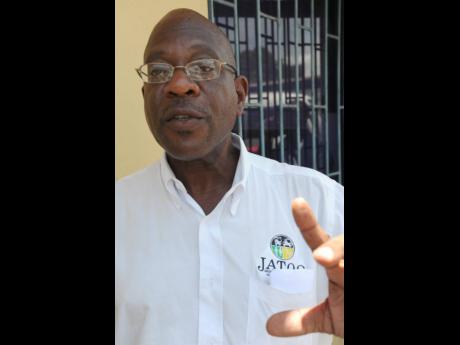 Several associations representing operators of public transportation have written to Prime Minister Andrew Holness, asking for a fare increase. They are hoping that their wish will be granted before the start of the new school year.

President of the Jamaica Association of Taxi Owners and Operators Louis Barton was among those who delivered the letter to Jamaica House about three weeks ago. He said that they are yet to receive a response.

“Our figures show that we would need 100 per cent increase in order to be viable, and we don’t think that is out of the way because costs have gone up. The reality is that if you want something, you have to pay the price. That is just how business operates, so our price has gone up 100 per cent from 2013 to now, so we are looking for that type of adjustment,” he said.

Barton noted that a number of requests over the years for a fare increase have been denied despite the continued implementation of regulations that force operators in the sector to dig deeper into their pockets. The latest policy is the Government’s electronic fleet-management system, which makes it mandatory for them to outfit their vehicles with GPS trackers.

“Our members say that this is a violation of our constitutional right to privacy, so we are going to challenge that, and a number of us are getting ready to put out a petition asking for a review on that [and] asking that it be changed because we don’t see how it will be beneficial for us to have a tracking system to know where the vehicles are,” he said.

At least 35,000 licences have been issued to operators of public passenger vehicles islandwide.

Transport Minister Robert Montague announced in February that new applicants are required to have a GPS tracker on their vehicles. By April 1 next year, it will be mandatory for all public passenger vehicles to be fitted with trackers.

Barton said that while some of these operators have installed GPS trackers on their vehicles, this is a personal decision made due to security and other concerns. He doesn’t believe that it should be mandatory.

“For the Government to be trying to track us, we consider it a violation of our privacy, but in addition to that privacy issue is the issue of paying anywhere from $30,000 to $60,000 to have that tracking system installed, and then you have to pay $1,500 per month to service it, and we don’t see the benefit to us,” he said.