Room found, but no child had to die 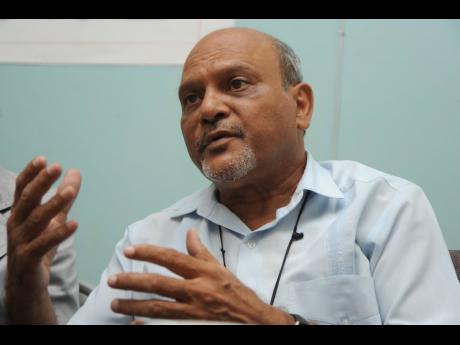 A home has been found for the 16-year-old boy who hails from Newcombe Valley in St Elizabeth, suffers from a severe case of cerebral palsy and whose family was told that he could not be accommodated in a state-run facility unless a ward of the state dies.

Having been rejected twice, as noted by Father Gregory Ramkissoon, head of the Mustard Seed Community, Peter-John* will be moving to his new home at the Gift of Hope facility in Spur Tree, Manchester. The home, which currently has 22 wards and is being expanded to accommodate 40, is a gift from the Lyn Kee Chow family of pika pepper fame. It is operated by the Mustard Seed Community.

The development, which comes in the wake of a story that was published by The Gleaner on July 31 under the headline: ‘No Room Until A Child Dies - Aunt Told No Place In State Facility For Disabled Teen Unless A Ward Passes’, follows the intervention of Mustard Seed and the Office of the Children’s Advocate.

Peter-John’s aunt, Sarah Johnson* was overjoyed when she spoke with The Gleaner on Friday, a far cry from when she first spoke with our news team back in May.

“I am so elated. I am so happy,” she gushed as she related the visit of an officer from the Office of the Children’s Advocate who gave her the news that a home had been found for her nephew.

“We are so happy for The Gleaner story,” she said.

Johnson was particularly pleased that a home was found for her nephew in an adjoining parish.

“I am so glad it is a home in Manchester so his grandmother (Janet Morgan*) can go and look for him,” Johnson shared.

.... Ramkissoon: I’ll give up my own bed if necessary

Sarah Johnson* has revealed that since the publication of the story about the search for a home for her nephew, who suffers from cerebral palsy, she has been contacted by a Good Samaritan from England who sent money for her mother, who has been caring for him for the past 10 years despite battling several illnesses herself.

It was the deteriorating health of her mother that forced the family to try and find a home for Peter-John* in the first place. The frail 61-year-old woman is battling hypertension, diabetes, a kidney ailment, and has high cholesterol. Morgan has also been unable to have surgery done on two hernias that have been causing her much discomfort because she has had to dedicate all her time to caring for her grandson.

“Mi love him to death, even more than mi own children, but I just can’t manage anymore,” she told The Gleaner news team that visited her home in May as she pleaded for help.

When contacted, Father Gregory Ramkissoon said Mustard Seed was only too glad to help.

“When we heard about the little boy in St Elizabeth who had such a problem, I was amazed. I said, ‘My God! This is Jamaica. We are here for that.’ No child should be abandoned twice,” Ramkissoon said.

The double abandonment Ramkissoon spoke of relates to the fact that Peter-John was left at his aunt’s house by his mother after his father died of a brain tumour when he was just six years old and again when the family was told that he could not be accommodated at a state facility unless a ward of the State died.

“We (Mustard Seed) were happy to hear that we could make an extra room for this little child – a bed and care for this child,” Ramkissoon told The Gleaner yesterday.

He encouraged Jamaicans who may see an abandoned child or children with a mental or physical disability who are not being properly cared for to get in touch with Mustard Seed. Ramkissoon said that in extreme cases, he was willing to give up his own room if he had to.

“I mean it,” he emphasised.

He also made an appeal to individuals and corporate Jamaica to assist Mustard Seed in taking care of the nearly 500 wards it has under its care in 13 homes spread across the country. Many were abandoned or have a disability or HIV/AIDS, and some are pregnant.

“They are badly in need of any help they can get,” said Ramkissoon.

“We need food, Pampers, sanitary gloves, beds, sheets, and pillow cases. The need for food and water is constant,” Ramkissoon said, lamenting that they had to buy water every day.

“If any restaurant, hotel, or bakery has good food that is left over, we could use a lot of this kind of help,” he added.

Ramkissoon has also thrown out an appeal to doctors and dentists who operate in the areas where Mustard Seed facilities are located to volunteer their services to care for the wards.

“We find it very hard to get that kind of help sometimes,” he said.

He also urged Jamaicans to “visit a Mustard Seed facility and interact with the children”.