‘Out of the frying pan, into the fire’ - August Town Primary concerned about impact of violence on students, prospects for future 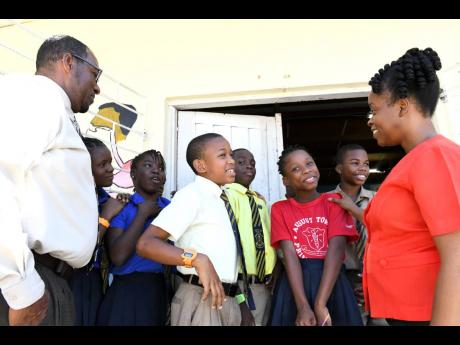 File
Morlton Wilson (left) principal of August Town primary school and Herfa Curtis, guidance counsellor (right) engage in conversation with students yesterday, gave their reaction about the violence that erupted in the area in February 2018 that left one man dead. 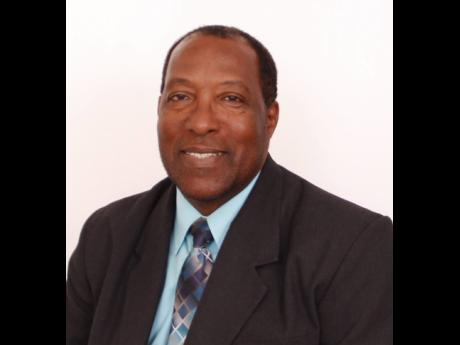 The leadership of the St Andrew-based August Town Primary has been moving to stem the traumatic impact of violence on its students.

August Town, a hotbed of gang violence for many years, experienced a lull in homicides in 2016, leading to celebrations at the dawn of 2017 as residents and stakeholders, including the neighbouring University of the West Indies (UWI), Mona, looked towards a new day.

However, the calm did not last. The community recorded 12 murders in 2017 and the bloodletting has continued since then.

On New Year’s Day, it recorded three murders, heralding what has proven to be a deadly 2019 with several more killings since then, leading Member of Parliament Fayval Williams to call for the community to be declared a zone of special operations.

The violence has not left the children unscathed.

August Town Primary principal Morlton Wilson said that about 30 of the 314 students on roll last academic year lost a close relative to gang violence and have been identified for counselling.

Some of that counselling was scheduled to take place this month with representatives from the Child Guidance Clinic.

“Basically, we have [several] children at the school who have lost a close relative to gang violence. We are talking about a father, mother, cousin or friend, and this has impacted them negatively in terms of their academic development and social skills,” Wilson told The Gleaner.

The educator, who has been at the school for 37 years, said the trauma being faced by the students manifests itself in various ways. He said even previously well-behaved students sometimes get involved in fights and “suddenly start to act out”.

“When our teachers investigate, they find out they have problems at home … . In some cases, there is parental neglect,” Wilson noted.

The veteran educator, who will retire in December, said the issues are compounded as there are also students who attend school just to get something to eat.

“Some of them will even leave some of their lunch so they can take it home because there is no dinner at home,” the principal told The Gleaner.

Wilson said that although the school’s full complement is more than 500 students, the number has not been realised for some time as parents have pulled their children from the institution because of the ongoing gang violence.

Despite a lull in the violence following a march which involved teachers and students, and the building of a perimeter wall that is 80 per cent complete, Wilson said the school continues to be affected by low attendance up to the close of the last academic year.

Wilson is also concerned that the school, having had its best results in the final year of the Grade Six Achievement Test in 2018, performed below par in the Primary Exit Profile. As a result, many of the students were sent to Denham Town High.

“You take them from out of the frying pan and put them straight into the fire,” Wilson stated.

Meanwhile, the principal revealed that he has been getting some much-needed help from the UWI, where students in the master’s degree programme in psychology volunteer their time to counsel the most-affected students.

Wilson credits Dr Olivine Burke with facilitating the initiative, which he said has helped students to refocus.

“It has been of tremendous help to us over the past two years,” he said, adding that Burke has broadened the scope of the assistance by getting two teachers at the school to be trained as social workers. After more than six weeks’ training, they graduated on July 4.

“This will help to augment the other things we are putting in place – whatever help we can provide for these students – plus, these teachers will be able to also help in their communities as well,” Wilson said.

He said the school encourages parents to get their children involved in social activities and the Church to help enhance their social skills.

“This will help them to live better with others in their communities despite the fact that it maybe riddled with crime and violence,” the principal reasoned.