Convicted drug dealer testifies via video link from US prison 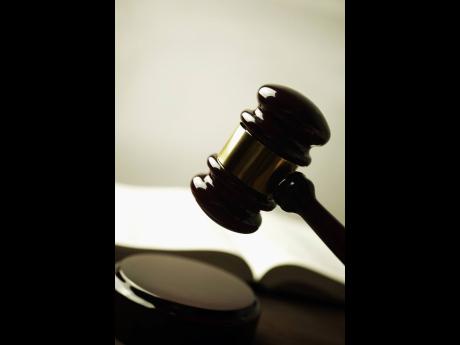 Despite an order from the Supreme Court to halt the trial of four men who are charged with drug smuggling and money laundering, an overseas witness was allowed to give evidence against the defendants by video link in the St James Parish Court yesterday.

Convicted drug smuggler Christopher Drummond, who is currently serving a 27-year prison sentence in the United States, was given the opportunity to testify for the prosecution in the trial of Montego Bay residents Delroy Gayle, Robert Dunbar, Louis Smith, and Melford Daley.

According to attorney-at-law Tom Tavares-Finson, who is representing Daley, the Supreme Court’s order will come into effect after Drummond’s evidence has been completed. The trial will resume on Monday.

“The order from the court is that the trial is to be halted after this witness completes his evidence,” Tavares-Finson told The Gleaner following yesterday’s court sitting. “The arrangement was made for this witness for some time, so I suspect that they took that into account, but once this witness is completed, the trial will be halted.”

On Thursday, the Supreme Court granted a stay of the trial following an application by attorney-at-law Hugh Wildman, who is part of the men’s defence team. The application asked for the case to be thrown out because the men were arrested and charged in 2013 under the Money Laundering Act, which was repealed in 2017 and replaced with the Proceeds of Crime Act.

During his video-link testimony yesterday, which was overseen by parish judge Sandria Wong-Small, Drummond told the court that he had worked in a cocaine-trafficking operation with Gayle and Dunbar.

“I arranged for Mr Gayle to be part of the organisation and for his role that he played. His benefit was that he would purchase his own cocaine and put it in with everything else, and he would receive proceeds from the sale that was made in the United States,” Drummond said.

“Mr Gayle would also pick the drugs up from my supplier in Montego Bay, and at one point in time, he would deliver some of the drugs to Mr Dunbar,” Drummond added.