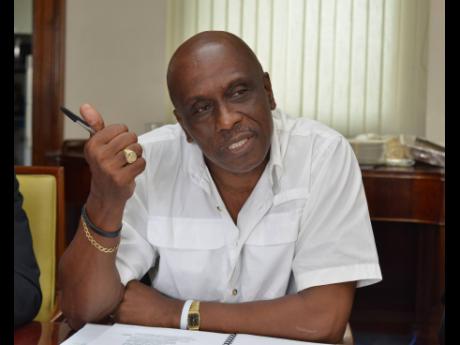 Orette Fisher, Jamaica’s former elections boss, now consultant on electoral matters to several countries across the world, said vote buying is a clear and present danger to the electoral process in Jamaica. He described it as a covert and dark phenomenon that he has witnessed at first hand.

“I am fully aware, and have witnessed vote buying under my watch as director of elections. We were asked to conduct the polls for a particular election. That day I was in the car park at the National Stadium and I overheard discussions about money and saw transactions taking place,” Fisher told reporters and editors at a Gleaner Editors’ Forum at the media house’s North Street, Kingston, office last week.

“It was made clear during the discourse that a person would not vote until promised monies were paid. I didn’t think I had any jurisdiction in the matter. But had that been a national election, I am very clear in my mind I would have reported it to the police. As to what would come of it, that would be a different matter. But I could not have witnessed that and not report it to the police.”

His revelation raised no eyebrows among other panellists, some of whom suggested that vote buying was now an established way to intimidate voters.

His comments come less than a month after the presidential elections of the opposition People’s National Party (PNP), where supporters of president Dr Peter Phillips accused supporters of challenger Peter Bunting of vote buying.

Although the allegations are currently being investigated by the Office of the Political Ombudsman, Fisher believes it doesn’t have the jurisdiction to do so.

Fisher has been at the forefront of several national, municipal, internal and by-elections in his nine-year tenure as head of the Electoral Office of Jamaica.

He served as director of elections between 2008 and 2015 after acting for 11 months prior to his appointment. Between 2015 and 2017, he continued as director on two consecutive one-year contracts before departing in 2018.

Over the years, several allegations of vote buying have been made in internal, national, by- and municipal elections.

In 2016, then Contractor General Dirk Harrison launched an investigation following allegations that hundreds of millions of dollars in contracts were awarded in the weeks leading up to the municipal elections held December that year.

In 2018, Harrison reported his findings, which showed that more than $600 million was spent across the different municipalities prior to the elections, which breached established practices.

No one was held accountable.

Even as that investigation was still under way, following the sudden death of St Mary South East Member of Parliament, Dr Winston Green, in 2017, there were allegations that state agencies were used to issue contracts in the constituency to influence the outcome of the by-elections.

In April this year, again the PNP complained bitterly of vote buying in the Portland Eastern by-election following the murder of sitting MP Dr Lynvale Bloomfield.