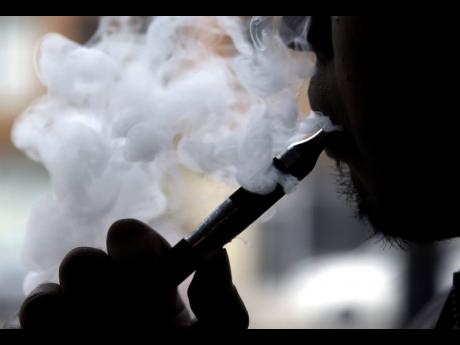 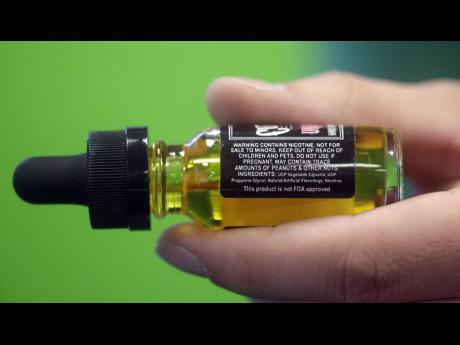 File
A bottle of liquid nicotine used with e-cigarettes.
1
2

Large numbers of smokers and non-smokers alike have in recent years been picking up the use of e-cigarettes, the practice known as vaping, as a ‘safer’ alternative, but the National Council on Drug Abuse (NCDA) is raising concerns about the harm the devices may cause.

Vaping involves inhaling a mix typically made up of nicotine, water, solvents, and flavours.

The devices consist of a mouthpiece, a battery, a cartridge that contains the mixture, and a heating component.

Advising Jamaicans to desist from using the products, the NCDA said that its concerns have deepened following the rise in acute lung illnesses linked to vaping.

It is a concern that has also been increasing in the United States, with at least 14 vaping-related deaths recorded there in recent weeks.

However, one theory suggests that a bad ingredient could have been added to vaping liquids.

Yesterday, Ravn Rae, owner of Mez, a vape and smoke shop in St Andrew, told The Gleaner that the practice of vaping is not harmful.

“The issue solely depends on what products are being vaped ... . Just as you can have illegal cigarettes, you can have questionable e-liquid brands or practices and unethical retailers or manufacturers,” Rae said.

She said that in her six years of operation, she has received no health-related complaints and has helped many individuals quit smoking cigarettes.

“Some may use it as a substitute whereas others use it to wean themselves off nicotine and eventually stop smoking and vaping all together,” Rae said.

The Global Youth Tobacco 2017 survey reported that 11.7 per cent of Jamaican students, a larger percentage of whom are boys, were at that time using e-cigarettes. The participants of the cross-sectional, school-based survey were students aged 13 to 15 years.

“Almost 50 per cent (44.2 per cent) of youth [stated] that the use of these products helps people feel more comfortable at celebrations, parties, and social gatherings,” read a release from the NCDA on Tuesday.

The council said that there are several unknown chemicals used in vaping, but already, it has been linked to nicotine addiction, deteriorating asthma conditions, and brain damage, among other health conditions.

NCDA Chief Executive Officer Michael Tucker said that the flavours of e-cigarettes and the ease of access make them attractive to young people.

“We see that this addiction to nicotine may eventually lead to the use of combustible cigarettes. This is a worrying trend and must concern us and all Jamaicans when considering the health and safety of our youth,” Tucker said.

In an address to students at a health forum earlier this year, Baker highlighted that some of the compounds are found in everyday products such as rat poison, toilet cleaners, and embalming fluid.

In 2014, the Ministry of Health placed a ban on the importation of electronic cigarettes. That ban, however, was later lifted.