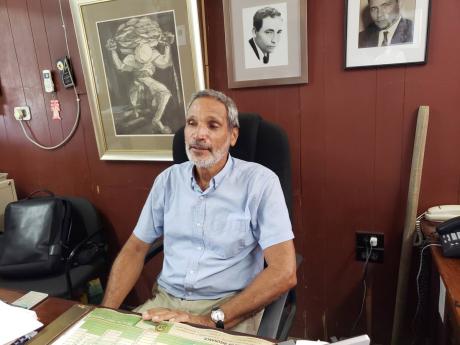 The shuttering of the Golden Grove factory in Duckenfield has dried up a crucial source of cash flow that kept poor families afloat, says one of the leading large-scale cane farmers in St Thomas’ sugar belt.

Speaking to The Gleaner recently, Nicholas Jones, head of Fred M. Jones Estates in Golden Grove, which supplied large amounts of sugar cane to the now-closed factory in Duckenfield, said that some 200 cane cutters employed to the business were being paid off in short order.

The closure of shops and the stifling of the local economy have triggered fears of a potential crime surge in Duckenfield, Hampton Court, Stokes Hall, and other districts in proximity to the Golden Grove community in St Thomas.

More than 500 workers, who were directly or indirectly employed by the Seprod Group, which operated the Golden Grove sugar factory until it mothballed three months ago because of bleeding balance sheets tally annual losses of $1 billion.

“We paid our notice pay on the 18th of October. We have been constantly having meetings with our workers and the union. There have been a few queries that were sorted out and things seem to be going smoothly at this time,” said Jones, who had told The Gleaner that redundancy payments were scheduled to be made on November 1.

Jones sought to capture the scale of economic devastation that the factory lockdown would cause, explaining that the scope of the seismic shocks was incalculable.

“To put it into perspective. We were one of about 165 farmers in the parish supplying the factory with cane,” said Jones.

“We employed 200 cane cutters. The sugar estate would have employed, maybe, a similar quantity, so that’s 400 people, and then the other persons would be employing another 70-80 people, so you can imagine how many are out of job now. And there is a rule of thumb that for every one person employed, you have six mouths to feed, so that starts to swell up the number in terms of dependency.”

Jones recounted that as much as $16 million flowed into the sugar belt at the height of the cane season per fortnight.

Despite the faces of gloom and messages of doom, Jones is upbeat that the shutdown of the plant will not inevitably pull the plug on St Thomas’ future.

“I think that it’s going to take a bit of effort on those 165 farmers to change what they do, that is, move away from sugar to something else,” said the estate owner, pointing to the prospect of cassava cultivation in coordination with beer maker Red Stripe. The lager maker has sought to substitute cassava for imported high-maltose syrup in the production of Red Stripe beer.

“Those in the bammy industry want the crop, and we are now finding out that cassava grows well in this valley, so slowly, more and more farmers are shifting over to planting it. This, though, will employ less people and it will be a lesser-paying job,” he added.

“So those farmers that have made that decision to switch, including ourselves … we won’t die, but it will be difficult for the time being,” he said.