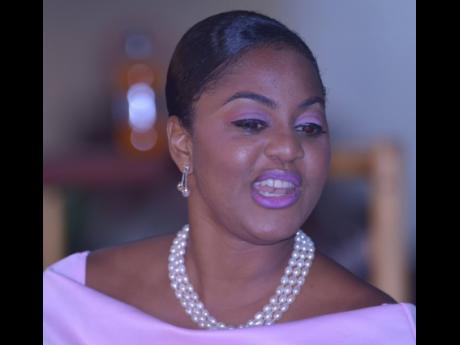 Councillor Kari Douglas has taken a swipe at her political colleagues, accusing senior members of the People’s National Party (PNP) of using news of her recent confrontation with a doctor at the Bustamante Hospital for Children as part of a campaign to punish her.

PNP Chairman Fitz Jackson yesterday released a statement saying the party was probing the incident that shut down the Accident and Emergency Unit at the paediatric hospital for two hours early Sunday morning as Douglas sought medical attention for her eight-month-old son.

The findings, Jackson said, would “determine an appropriate course of action”.

Sunday’s bust-up occurred after Douglas was told that her son’s case was not an emergency after being examined. She was given Panadol and told to leave.

She forced her way back into the doctor’s office and braced the door, demanding to know what was wrong with her child.

Jackson chided the councillor for the standoff, saying that the PNP could not “condone any reported verbal abuse or alleged attack on hospital staff”.

Yesterday, Douglas apologised for the incident but fired back at colleagues, questioning the motive behind the party’s statement and labelling it a sign of sabotage from PNP members loyal to President Dr Peter Phillips who are out to see her fall from grace.

Douglas had supported challenger Peter Bunting in his unsuccessful September 7 bid to wrest the leadership of the party from Phillips.

Last month, the Trafalgar division councillor resigned as leader of the party’s caucus on the Building and Town Planning Committee of the Kingston and St Andrew Municipal Corporation, also claiming that efforts were afoot to undermine her.

“There were other things that happened leading up to my son’s illness, where I was targeted. The moment I declared support for Peter Bunting in his Rise United campaign in the recent presidential challenge, I became a target,” Douglas told The Gleaner. “The persons who stood behind Dr Peter Phillips in his One PNP campaign are out to tarnish, embarrass, victimise and sabotage anybody who stood firmly with Peter Bunting and anybody who expressed that they didn’t have confidence in Dr Phillips to carry the party through to the next general election.”

She pointed to controversial instances made public, involving other members of the PNP, who were never investigated or sanctioned, including a January 2018 incident which led to Phillips loyalist Natalie Neita being charged with assault after she punched a man at a gas station in Kingston, flattening him.

“There were certainly far more serious events that have taken place recently, involving senior members of the PNP, elected representatives, for which there has been no probe, Douglas said. “It is a little obvious they are witch-hunting.”