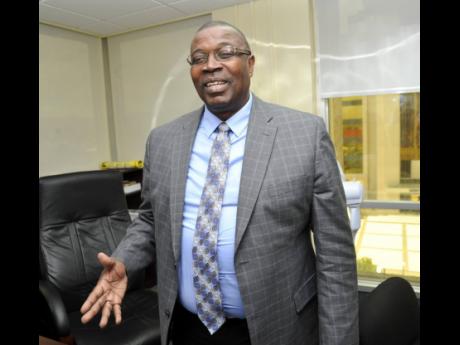 Despite a Pembroke Hall High School teacher admitting to threatening a student in a tirade during class last week, the police have indicated that they would need to verify the video of the incident before any action is taken.

Assistant commissioner of police in charge of Area Four, Devon Watkis, said that while the police are responsive to videos that are in circulation, there are certain processes that need to be followed, adding that further work is needed before a decision on what – if any – action will be taken.

“Unverified, unchecked video in circulation on social media, with the history and track record of what we know, needs further work for the police in a general way to respond in terms of final action,” Watkis told The Gleaner. “But I am aware that all the information that comes to our attention are evaluated and checked and taken to its logical conclusion, and I have no doubt that the JCF ... has some experts and some mechanism to conduct full its evaluation, and this instance won’t be different.”

The teacher in question, Marsha Lee Crawford, has reportedly been sent on leave to allow for a thorough investigation.

Jamaica Teachers’ Association (JTA) President Owen Speid has indicated that his association has been in dialogue with the educator.

“We had a good conversation and she is sounding remorseful and it is something she would not want repeated … ,” Speid told RJR News yesterday.

The JTA president said that while the teacher’s behaviour should not be condoned, several other issues led to the incident. The organisation, however, stands ready to give the embattled teacher support, through way of counselling.

Pembroke Hall principal the Reverend Claude Ellis told our news team last week that the board would be meeting early this week to determine its next move.

The Gleaner understands that the teacher was reprimanding the student for talking out of turn while class was in session.

“Mi wi kill you in yah, bwoy,” the teacher was heard telling the student in the video.

In response, the student raised his voice at the teacher, further infuriating her.

“Weh yah shout after mi fah? Mi look like you mumma?” she asked the boy.

The boy later retorted, asking the teacher why was she telling him about his mother.

The enraged teacher would continue in a tirade for another minute, telling the child: “Yuh nuh have nuh sense! Nuh come in yah ‘cause mi nuh play wid pickney.”

“First of all, mi mash up pickney head in here,” she said. “Mi wi murder you inna diss.”

The student was subsequently ordered to leave the classroom.

In a voice recording purportedly made by the teacher and which was obtained by our news team, Crawford, in trying to give her account of what transpired, said she “lost it”.

She said that the student with whom she clashed had earlier been permitted to leave the classroom to buy pens for himself and his peers.

According to her, soon after the boy returned, a girl from a nearby classroom complained that one of Crawford’s students came to the girl’s classroom and may have stolen her phone.