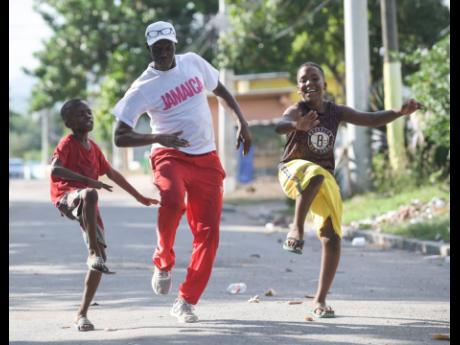 Ricardo Makyn
Eight-year-old Jaheem Fisher and Javorne Sadler, 12, learn at the feet of the master as Reginald Martin, better known as ‘Tychicus’, demonstrates the new dance, the Smart Move, on Rae Road in Waterhouse, St Andrew. 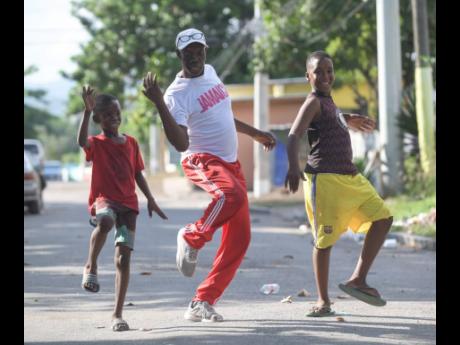 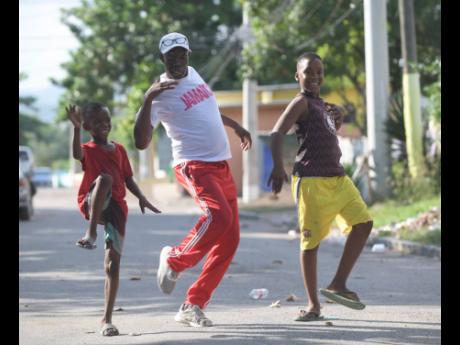 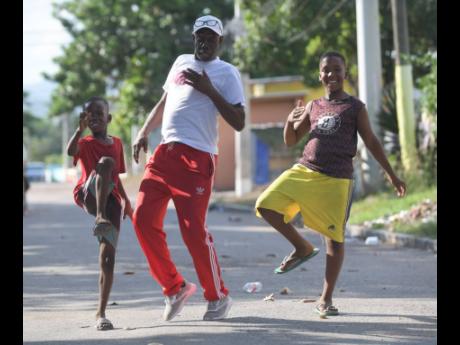 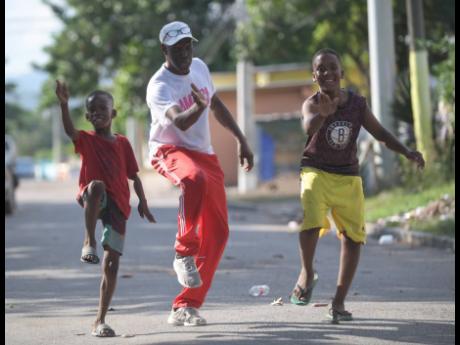 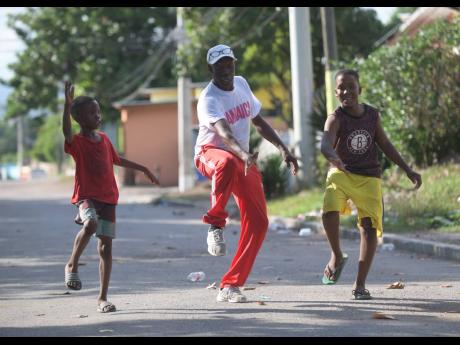 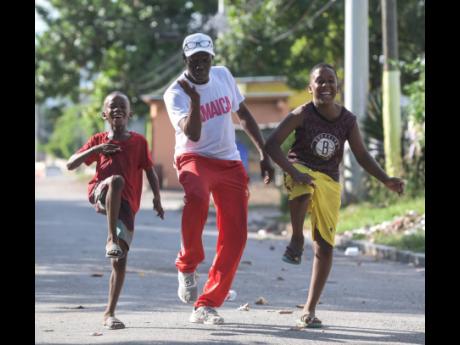 Strike up the band or pump up the volume of the speaker boxes at concerts across Kingston, and there might come along an agile 62-year-old affectionately called ‘Tychicus’ dancing to the latest songs and rhythms.

Reginald Martin tells a fortuitous tale of how he became a dancer, a fate he never envisioned growing up in the district of Pusey Hill, south Manchester, having only the benefit of elementary education at Pratville Primary School.

His adventure started, he said, with an unfortunate incident when he used expletives in the presence of a district constable, which led to him leaving the community for Kingston as a teenager fearing arrest. After bouncing from community to community, he landed in Waterhouse, the gritty, low-income neighbourhood where he has lived since 1989.

Martin credits a chance event with the body (and spirit, perhaps) of Gerald Levy – better known to Jamaican audiences as the iconic dancing dynamo ‘Bogle’ – for gifting him a waistline to match the bass line.

On the night of Bogle’s death at a service station in 2005, Martin was working as a security guard at a nearby financial institution.

Twenty-four hours later, while at a party on Lyndhurst Road, he was like a man possessed, capable of producing the most unorthodox dances.

“Before this, I was a shy person, I could not speak nor could I dance. I was this laid-back person. I felt as if at that moment he passed on the baton to me!” he said.

Since then, he has not stopped moving like electric, dancing for vendors in downtown Kingston, during Caribbean Premier League matches at Sabina Park, or even recently at the homecoming concert for Miss World Toni-Ann Singh at Emancipation Park.

“Dancing has carried me to the shores of Trinidad, where I met former Prime Minister Basdeo Panday while performing at the Brian Lara Stadium at a CPL game. I like to make people smile and I just love to have the world’s attention, I love to entertain,” Martin told The Gleaner.

“I am not the most handsome man in the world, neither do I have the greatest smile, but I am comedy through movement, and I try to provide some form of stress relief.”

Martin sells signs with zany messages throughout the downtown Kingston market district for a living, including a note about the deaths of “Mr and Mrs Credit” – a humorous warning warding off customers short of cash.

But he still harbours ambitions of making the world his stage.

“My dream is to perform at Madison Square Garden, Soweto, and Buckingham Palace. For the naysayers who might question my age, once there is life, there is hope.

“Age is just a number. The older I get, the fitter I get,” he said.