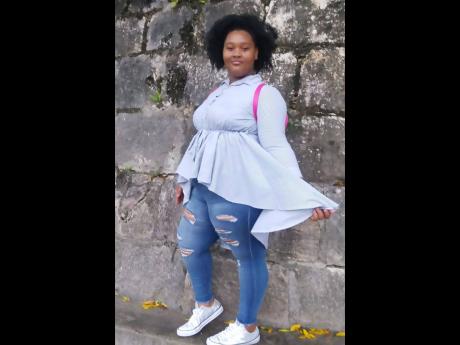 A St Elizabeth mother is blaming the death of her daughter, a 13-year-old student at William Knibb High School in Trelawny, on a medical doctor at the Falmouth hospital who she claimed misdiagnosed her daughter and then gave her medication for an ailment she did not have.

The mother, Janet Powell, who is of a Cheapside address in St Elizabeth, said that on Thursday her daughter, Tiffany, who was a boarder, began experiencing excruciating pain and was taken to Falmouth Hospital, where she was examined by a doctor who determined that she was suffering from a sinus allergy.

“He gave her an injection and prescribed her with a medication. On Friday when her condition worsened, including an inability to open her mouth, I took her back to the doctor. He accused Tiffany of being stubborn and refusing to open her mouth,” said the distraught mother.

Unhappy with what had unfolded at the hospital, the worried mother took her daughter to Mandeville Hospital later on Friday. Emergency bloodwork was done and the results, said Powell, showed that Tiffany was suffering from meningitis.

She died the following day about 3 p.m.

“If the doctor in Falmouth had diagnosed my daughter’s illness properly and provided her with the right treatment, I don’t believe she would have died,” said the grieving mother.

When The Gleaner attempted to contact Prudence Wedderburn, chief executive officer of Falmouth Hospital for comment, a woman who identified herself as the CEO’s secretary refused to put through the call to Wedderburn and flatly refused to divulge her name. She also declined to accept any questions.

When the news of Tiffany’s death reached the staff and students at William Knibb, there was an outpouring of grief, especially among her classmates, two of whom fainted while tears streamed down the faces of others.

“Several students broke down and started bawling. Two girls fainted and were treated by officers from the Emergency Medical Services at the Falmouth Fire Service,” acting principal Audrey Steele told The Gleaner.

“Tiffany, despite her size, was a fixture at school. She danced, sang, modelled, and was an enthusiastic member of the school’s drama club,” added Steele.