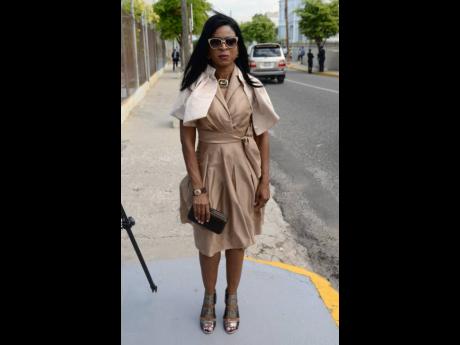 There is political unrest in the Jamaica Labour Party (JLP) as delegates in St Thomas Eastern have voiced disapproval of the prospective candidate being promoted by the hierarchy to vie in the next general election.

Scores of placard-bearing delegates who gathered before the old courthouse in Morant Bay on Tuesday to protest what they refer to as a dictatorship in the party said they would not accept anyone who was not from the parish.

The delegates told The Gleaner that the party has rejected their choice candidate, son of the soil and attorney-at-law Michael Donaldson, and is putting forward Michelle Charles, daughter of Pearnel Charles Sr, who lost the seat in 1993 to now six-time Member of Parliament Dr Fenton Ferguson.

Charles Sr, who now holds the position of Speaker of the House of Representatives, also saw another of his daughters, public-health consultant Dr Patrece Charles-Freeman, also unsuccessfully vying for the coveted seat in the 2011 general election.

The protesters threatened to not work or vote unless their requests were met and their democratic rights honoured.

“We naw tek nobody else outside of somebody weh born a St Thomas. Every one a dem weh come, dem run, dem lose, and dem guh back home,” said JLP representative Nowayne Dailey, who shared that he had worked at polling stations for 20 years.

“She is incapable, inept, and she has no leadership skills, and we naw vote or work if a she. We a defend democracy and we naw deal with dictatorship. We want we own.”

The now cluster supervisor for the Port Morant division told The Gleaner that Donaldson, who he says is the people’s choice, is capable of returning the long-lost seat to the Labour Party.