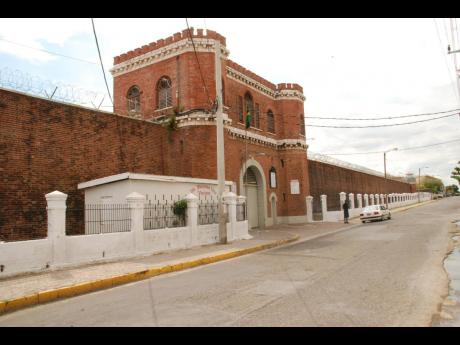 Prisoners are already isolated from the rest of the population, but the Department of Correctional Services (DCS) admits that there are still holes through which the dreaded COVID-19 can seep into the institutions, and says it is doing its best to keep inmates safe.

The reassurance comes days after The Sunday Gleaner learnt that two inmates at the Horizon Adult Remand and the St Catherine Adult Correctional centres were placed in isolation after showing flu-like symptoms.

There are about 4,000 inmates/detainees in Jamaica’s prison population.

In a response to Sunday Gleaner queries, the DCS medical team said that both inmates tested negative for coronavirus disease 2019 (COVID-19), but they are still completing their 14-day quarantine, as their fever persists.

News of the isolated inmates set off alarms among the prison population last week, as inmates from the St Catherine and the Tower Street Adult Correctional facilities were fearful that the coronavirus had found its way inside.

Warders at the institutions also expressed fear, but noted that they have increased their vigilance as they work in the tight confines of the prisons.

“There is some anxiety and apprehension around the world, and with those in lock-ups it’s the same, because the virus is new. The DCS is allaying fears by keeping the inmates, wards and staff informed,” said the DCS.

“All new inmates, wards or remandees that leave the facility to attend courts or appointments are subjected to a 14-day separation on admission or readmission in a block away from the general population.”

The state entity continued, “Inmates/children remandees who develop a fever or become ill while in quarantine might be moved to isolation, depending on the complaints.”

Noting that staff was also subjected to medical screenings, sanitisation and interrogation upon their entry to the facility, DSC said correctional officers must only wear their uniforms inside the prisons, and are expected to maintain social distance of three feet.

Judges from across the United States last week called for the release of thousands of “vulnerable” prison inmates early to curtail the spread of COVID-19, and some states have started examining the process. Up to last Wednesday, 75 New York City inmates and 37 city corrections staff members had tested positive for the dreaded disease, according to reports.

Last week, Queen’s Counsel Valerie Neita-Robertson, one of the senior attorneys representing Vybz Kartel, called for similar measures in Jamaica, suggesting instead that inmates be isolated on a hospital ward as an additional means of protection.

Local human rights groups have also called for the release of low-risk prisoners.

It is not clear whether the Government will consider such a move, but until then, warders say they are doing their best to protect themselves, inmates, and their families at home from the coronavirus, especially now that Jamaica has 32 confirmed cases.

“Overall security is still paramount here. We are still doing our jobs, still going on duty, but we just have to be more careful about our safety,” an officer at one correctional institution told The Sunday Gleaner.

“People outside think that prison is this nasty place, but there are inmates who maintain certain cleanliness over their personal space. Some of them are very clean, and some inmates have been actively washing and cleaning their cells since the virus surfaced in Jamaica.”

While he admits to overcrowding, limited social distancing and the use of faeces buckets by some inmates, the warder said prisoners have also changed certain habits to enhance the safety of their interactions.

“That (faeces bucket) is still in place, but an inmate in an overcrowded cell knows him do that before him go into the cell. You really only see that when a man is in a cell by himself,” said the warder, explaining that only inmates with special privileges, such as work, are allowed personal cells to prepare.

In the meantime, the DCS has reassured the public that while visits to the correctional facilities have been suspended, both inmates and their loved ones can make appointments for telephone calls.

“Relatives of inmates/wards can call the institution where they are housed between the hours of 9 a.m. and 5 p.m. to make an appointment to speak with them. Inmates/wards are also allowed to set their own appointment to call their relatives. The number for each institution is listed on the DCS website at www.dcs.gov.jm,” said the agency.

Relatives are also allowed to make deposits to their loved ones’ tuck shop card of no more than $20,000 per inmate for each month. These deposits can be made to the Department of Correctional Services Project Fund, account number 10908-7815. Persons are asked to send a WhatsApp message to 876-319-1616 confirming their deposits.