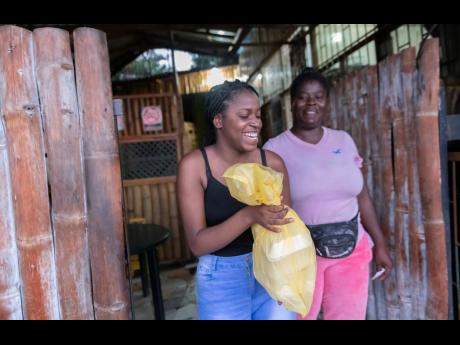 Gladstone Taylor/Multimedia Photo Editor
Tashean Thomspon (left) and mom Tashi Brown emerge from Coal Stove restaurant in New Kingston on Wednesday, April 8 at approximately 6:30 p.m. Brown, who had other options on her mind, was happy to find an open restaurant before the 8 p.m. curfew. 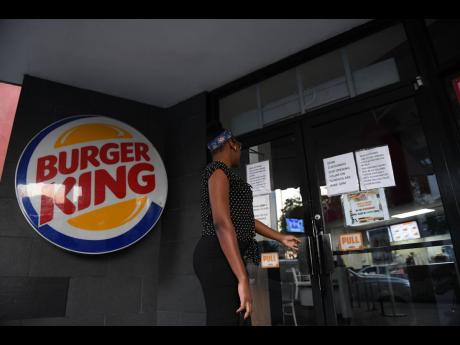 Gladstone Taylor/Multimedia Photo Editor
Nickaylah Curwin is too late to catch Burger King ahead of its closing time of 5 p.m. on Wednesday, April 8. Curwin was one of many who were caught out in the last dash for food ahead of an all-island curfew taking effect. 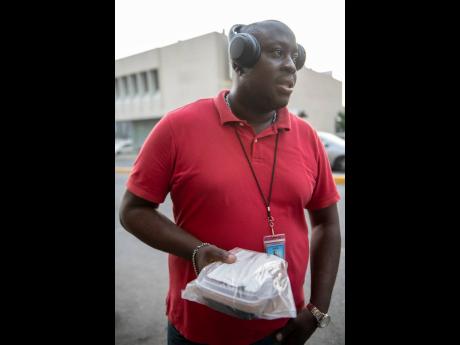 From downtown to uptown, Tashi Brown and her 17-year-old daughter, Tashean Thomspon, ran into a series of closed doors for more than an hour as they tried to get a hot meal yesterday.

That has become the grim reality for foodies long used to a wide range of late-evening restaurants to pick, choose, and refuse.

But since Prime Minister Andrew Holness imposed a nightly islandwide curfew last week, running from 8 p.m. to 6 a.m., the only thing worse than the pangs of hunger is the tug on an entrance door that just won’t open.

The restrictions were implemented to limit the spread of COVID-19, the virus-caused disease that has infected dozens here and killed four.

But as Brown and her daughter were running out of options, they stumbled on Coal Stove at 6:30 p.m. – the saving grace as fast food restaurants shuttered to allow staff to beat the streets before curfew.

“It’s not really difficult for me to just go home and cook, but I have some other stuff to do, so I don’t really want to go around the stove, so I’m just glad I get some food here,” Brown said.

Nickesha Wilson, one of the kitchen assistants at Coal Stove, said that there has been a massive rush from workers trying to get food before they make their way home and to tide them over on the night shift.

“The call-centre workers don’t have another option other than dry food at the gas station. From this just started the other day, from then until now is we have to be the backbone for New Kingston when it comes on to food. KFC and everywhere close early and everybody come right in here.

“We would appreciate it if the Government could look into extending the time to even half an hour more because this is the last option for persons, and we want to be able to serve them longer,” Wilson.

“We have to respect the prime minister’s rule, so we will close at 7 so we can reach home by 8, but an extension would be great,” Wilson said.

Rory Stephenson, a manager at one of the New Kingston call centres, said that he discovered the Coal Stove gem – the last restaurant standing – as eateries shuttered before nightfall.

According to him, for the first two days of the curfew, he was forced to settle on snacks, which led to an insatiable appetite after returning to work.

“By now we know where is open and where is not because most places close by five or six, so it’s really just one place, which is Coal Stove, where you can get cooked food” after dark, said Stephenson, citing Island Grill, Burger King, and KFC as his usual late-hour haunts that are now off the menu after sunset.