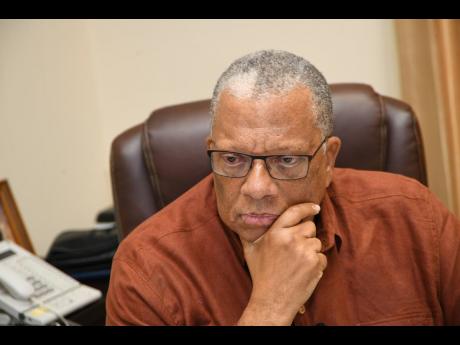 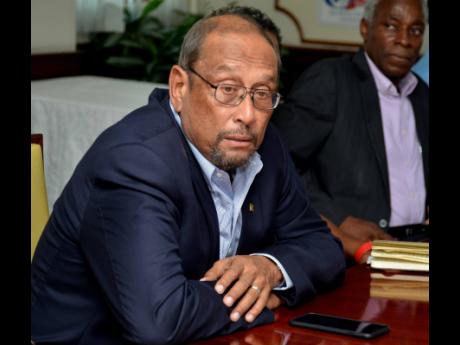 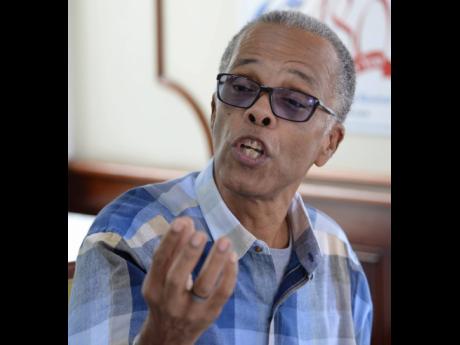 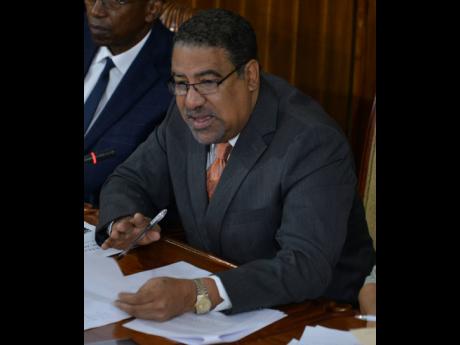 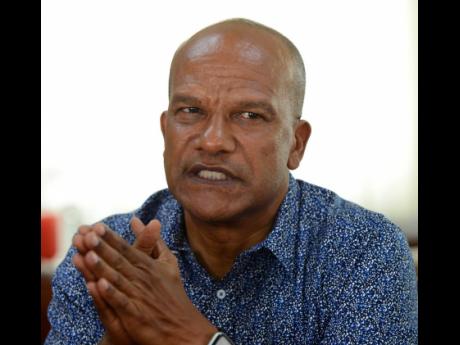 Full-blown political panic has hit the Opposition People’s National Party (PNP) following last week’s public disclosure of the advanced-cancer diagnosis for its leader Dr Peter Phillips, resulting in its quest to find an acceptable interim leader to work alongside him.

On Tuesday, Phillips told Jamaica that he was diagnosed with stage three colon cancer, which was discovered during a routine annual medical. He shared that he was in full recovery mode even while he continues treatment, which includes chemotherapy.

Since the news broke, a mixture of sentiments has emerged, both publicly and within the political party, ranging from sympathy to calls for him to give up the leadership to the brutal suggestion that it was “retribution”.

Impeccable Sunday Gleaner inside sources disclosed that the party has “reached fever pitch panic mode” with the news, coupled with the “fear that the country is in the middle of the COVID-19 fight and Holness has his hand on the election gun”.

The PNP, according to the sources, fears that chemotherapy will render Phillips incapable of dealing with a rigorous general election campaign, and his age plus compromised health make him vulnerable to serious complications if he contracts COVID-19.

“Can you imagine election call and PNP don’t have a leader? Madness that,” said a PNP source with fear in his voice and a heavy frown on his face.

According to the source, since the news of the cancer diagnosis filtered through the party, frantic telephone calls and canvassing have been under way for the party to agree on an interim leader to work alongside Phillips.

The source said that senior vice-president Dr Wykeham McNeill is emerging as the “peace offering”, with Peter Bunting, who lost to Phillips by 76 votes in last year’s leadership contest, not being considered.

It is not sitting well, said the source, and fears are that the ruling Jamaica Labour Party (JLP) will call elections in the midst of PNP’s “chaos”.

In defence of Phillips’ contribution to the 81-year-old political party, other long-standing PNP insiders say that the leader has served the party at every level except as chairman, strongly arguing that he has already served as prime minister but without the coronation. They claim that he was de facto leader between 2012 and 2016 when he served as minister of finance when Portia Simpson Miller was prime minister.

One source, a 75-year-old, who is five years older than Phillips, believes that with the worldwide COVID-19 pandemic and its threat to individuals with comorbidities and compromised immune systems, Phillips should walk away for “party, country, and self”.

“If ever a time the PNP needs to dig deep into the party of N.W. Manley (Norman Washington Manley – PNP co-founder), it is now. The party must let Phillips know that it is not going to fall apart without him,” the PNP stalwart, scholar, and businessman told The Sunday Gleaner.

“Michael Manley died five years after he gave it all up in 1992. I am not a doctor, and people have lived for varying periods after such a diagnosis, but it is my honest position that Phillips should call time on his political career.”

“The revelation that the PNP president has stage three colon cancer is profoundly consequential for the future direction of the party. Despite the official pronouncements regarding its curability, full recovery mode, a strong support team, and minimal disruption of the president’s agenda, the party is in a state of ‘chranic’ – to borrow a phrase coined by the late Ezroy Millwood,” Ashley stated.

He said the party should immediately begin the process of transition and identify, even in the short term, a leader in order to allow Phillips to receive treatment in peace.

“Michael Manley was said to have worked only half-days while P.J. Patterson ran things; Sister P was not all that attentive, and Peter Phillips was the de facto PM; and Busta (late JLP leader Alexander Bustamante) spent his time at Tucker Avenue enjoying whiskey with specially invited guests whilst ministers queued to have audience with him. Not only were these persons prime ministers, but they were highly charismatic personalities and had a highly competent supporting team. Peter Phillips is not so fortunate,” opined Ashley.

The social commentator says that this is a very personal time for Peter Phillips and argues that persons in leadership should learn to step away gracefully instead of holding on to power with their last breath such as an aged Pope John Paul II, who could barely speak; an Alexander Bustamante, who was leader even on his deathbed; as well as a number of Jamaican businessmen who refused to give up the reins even though they were unable to manage.

Ashley is strongly advising Phillips, at age 70, to step away from politics like PNP leaders before him “even if it’s in disappointment”.

Norman Manley gave up leadership at age 76 in 1969; and Michael Manley, in a national broadcast on March 16, 1992, two years into the new administration, announced that he was walking away from the role of prime minister and president of the PNP. He was 67 years old. P.J. Patterson stepped away in February 2005, weeks before his 70th birthday on April 10, while the PNP was in government. Portia Simpson Miller left in 2017 at age 71,with the party in opposition.

Phillips got the PNP leadership by acclamation in 2017 and defended it by a 76-vote majority after the September 7, 2019, challenge by Peter Bunting.

Phillips had said that he would resign as leader if he did not lead the party to general election success, which is due by the first quarter of 2021.

One PNP source told The Sunday Gleaner that several Comrades believe that Phillips’ health issue is “retribution for him dissing leader Portia Simpson Miller and (Prime Minister) Andrew Holness over his Beverley Hills house”. Phillips, in the 2016 general election campaign, questioned the source of funding and the size of the residence of Holness’ home, built in the affluent St Andrew hillside community.

“Amongst a large group is the suggestion that this is divine doing, that he was not meant to be leader following his narrow victory in the challenge to his leadership last September,” the source said.

“Right now, his support base is adopting a wait-and-see approach, hoping that the chemo treatment will not impair the leader. If it should, then their support would be thrown behind Wykeham McNeill – a likable personality.”

A ruling-party source said the Government was currently preoccupied with only two things: “COVID-19 and general elections”.

“Nobody could have predicted COVID-19. Nobody. This thing just came almost out of nowhere. And bam! Look deh! But the prime minister said not to waste a crisis, and we are not. As things look, watch out for October 30, 2020, forty years after 1980. Politicians love anniversaries,” said the JLP source, who expressed genuine fondness for Phillips.

Political scientist and chair of the African and African American Studies at New Jersey City University in the US Dr Jermaine McCalpin said that Phillips should not be pressured to give up the leadership.

“If he steps down as leader of his party, it should be on his own volition, in consultation with the leadership. I don’t know that the party can let him go, but some may want to bring pressure to bear on him because they believe he is vulnerable and that his health challenges will make him and the party weaker in a general election,” McCalpin told The Sunday Gleaner.

Asked what his advice to the PNP leader would be, he said that there were four vice-presidents, and one could be appointed leader, but “I don’t think the party can afford further weakening by means of a leadership challenge right now.”

Howard Mitchell, former president of the Private Sector Organisation of Jamaica, said that as a cancer survivor, the treatment is “personal, private, and painful”.

“My comments on the matter have nothing to do with party or politics. I am speaking from a personal example. Let me make that clear. Any cancer has the ability to kill you. Chemotherapy, which I have undergone, is a whole different story. I felt like I was going to die, but the love of family, my wife, they made me want to fight. That’s where I found my strength. I will swear on that and the benefits of CBD (cannabidiol) oil,” shared Mitchell, who had stage two cancer.

Colon cancer typically begins in the large intestine (colon), which is the final part of the digestive tract. It usually starts as small, non-cancerous (benign) clumps of cells called polyps, which form on the inside of the colon. Over time, some of these polyps can develop into colon cancer. It typically affects older adults though it can occur at any age.