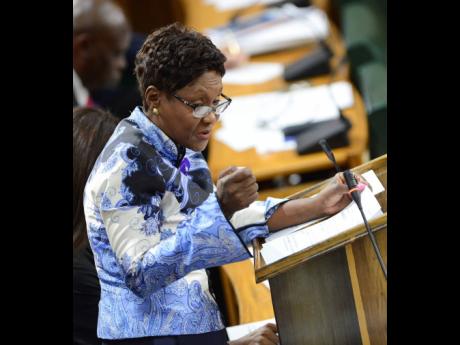 THE HIERARCHY of the People’s National Party (PNP) will today intervene in a growing rift in St Catherine Eastern between Member of Parliament Denise Daley and Spanish Town Mayor Norman Scott.

Scott, who is also the councillor for the Greendale division in the constituency, wants to replace Daley as chairman of the seat.

It is understood that Daley has been losing the confidence of her constituents.

Party General Secretary Julian Robinson told The Gleaner from Parliament that the PNP is working to resolve the issue.

The party leadership will meet with factions in the constituency today.

A senior PNP official who asked not to be named expressed surprise at the latest fallout.

“I am shocked at it, to tell the truth, but I must say that in politics, people find new allies and friends,” the official said.

Scott and Daley could not be reached for comment.

An unexpected change in the leadership of another St Catherine constituency would be significant for the PNP.

However, he did not give any details.