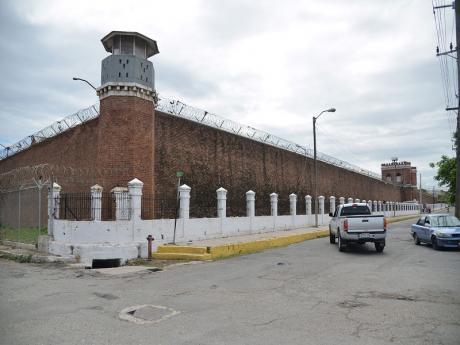 Prime Minister Andrew Holness has revealed that the Government is now mulling a proposal for a new prison.

It comes amid renewed calls for improvement in the conditions at penal facilities following reports that 81-year-old Noel Chambers died under inhumane circumstances at the Tower Street Adult Correctional Centre where he had been for 40 years without trial.

Addressing a digital press conference at Jamaica House on Friday night, Holness said he was embarrassed when he saw the pictures of the condition the prisoner.

"Some of the circumstances in the report, I believe the government can do a little better and we will," said Holness promising that he will spend some time to ensure that the conditions of those who remain are improved.

However, Holness would not reveal the details of the new prison proposal now before the government.

In 2017, the Holness administration rejected an offer by the British Government to provide $5.5 billion dollars to build a new prison in Jamaica.

However, on Friday night, Holness sought to shrug off responsibility for that decision.

"Just to be clear, I was not the government at the time when the offer was rejected," Holness said.

Holness' Government did not provide any explanation for rejecting the offer with Foreign Affairs Minister Kamina Johnson Smith only saying the terms were not beneficial to Jamaica as a whole.

In 2015 when then British Prime Minister David Cameron announced the prison offer, Holness who was the Opposition Leader at the time, said money would be better spent on education. By the next year, the Holness won the 2016 general election and overturned the offer.

Meanwhile, Holness said people in the prison system for over 35 years without trial should be released.

He said the government was undertaking the requisite process to make this happen.