Holness: My mind is not on election 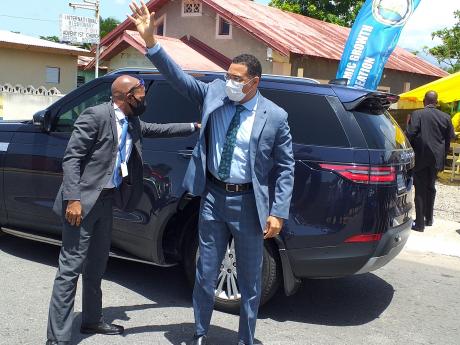 Amid speculation that there could soon be a general election, Prime Minister Andrew Holness has said his focus now is to restore the economy hard hit by the coronavirus.

Holness was speaking in Annotto Bay, St Mary on Thursday during a ceremony to hand over three housing units for three sisters and their 12 children.

The units were constructed under the Housing, Opportunity, Production and Employment (HOPE) Programme.

"There are people summoning the silly season," said Holness referring to election time.

But he said as far as he is aware, summer is the only season now.

"You know when they look to me for the date, I look up: Father God, when? Because it would appear to me that some persons who are so interested in gaining power, are not paying attention to the challenges that we have now," said the prime minister.

According to Holness, there are many Jamaicans, who are out of work.

"I see the numbers, I get the telephone calls, I see people starting to get not just fatigued, but impatient. People have lost income and many of them have depleted their savings. So my mind is not on election. My mind is on the economic recovery to make sure we get back on the track that we were on," Holness said.