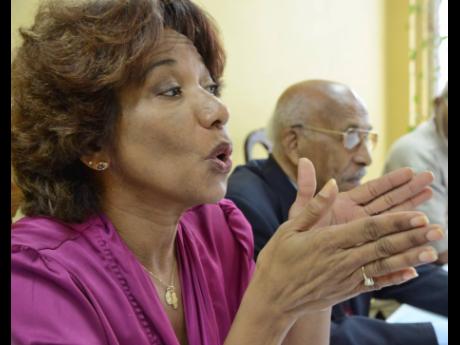 A recommendation has been made for greater focus to be placed on the psychological health of the victims and perpetrators of sexual harassment, with at least one professor calling for mandatory counselling of both.

The suggestion was made by acting head of the Institute for Gender and Development Studies (IGDS) at The University of West Indies, Mona, Dr Karen Carpenter, while addressing the joint select committee reviewing proposed sexual harassment legislation.

“It fails to recognise sexual harassment as an offence that negatively impacts the mental health and wellness of the victim,” said Carpenter in her critique of the bill.

“The cost of that, obviously, is loss of work because people stay away from the workplace, people avoid coming in, people do not perform as well,” said Carpenter, a psychologist and Florida Board-certified clinical sexologist.

Her colleague, Professor Opal Palmer Adisa, director of the IDGS, went a step further, saying that compulsory counselling be considered for both victims and offenders. She made the suggestion after it was highlighted that some victims eventually become perpetrators.

“What we want to do is to develop a healthy society,” she said.

Carpenter wants preventive measures such as training, sensitisation, public education, and restorative justice to be considered to stem the incidence of sexual harassment. She lamented that the fine was not a sufficient deterrent to offenders.

Her assertion was supported by Senator Dr Saphire Longmore, another member of the joint select committee, who agrees that intervention and tough penalties could curb the cycle of abuse.

“The resolution psychologically is the sense of justice and the sense that when the victim goes through this process, they know that what might carry them through is that you are going to get what you deserve,” Longmore said.