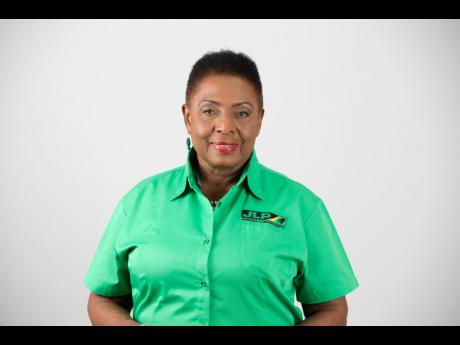 Fourteen of 18 women fielded by the Jamaica Labour Party (JLP) in Thursday’s general election won their seats, among them seven newcomers.

The number brings a new record for female representation in George William Gordon House at any time to 18, fourteen for the JLP and four for the People’s National Party (PNP).

In a general election blowout not seen since 1980, when the JLP won 51 of 60 seats, Jamaicans rejected the PNP’s slate of candidates, among them four constituencies that featured two-woman contests.

Thursday night’s record election for women beat the 12 who were elected in 2016. That number is three times the number elected in 1962 and four times the number voted into office in 1989-93. Up to Thursday, only 40 women had previously been elected members of parliament since Independence in 1962, but it jumped to 47 after Thursday’s election.

Last week, Opposition Leader Dr Peter Phillips was heavily criticised on social media for comments made in the political leadership debate about obstacles to greater upward mobility of women in partisan politics.

Phillips, during the debate with Prime Minister Andrew Holness, was criticised for suggesting that the domestic requirements of women in traditional households impacted their upward movement to the representational level.

Supporters of the JLP who chastised Phillips pointed to Rose Leon, who, at the formation of the party in 1944, was its first chairman. Iris Collins was elected in that groundbreaking poll to become the first woman voted into Parliament.

Only one woman has risen to ultimate political leadership in Jamaica.

Portia Simpson Miller holds the record for being the only woman prime minister, as well as for being elected nine times between 1976 and 2016.

The first woman to have been elected to the House was Iris King in 1962. She was later joined by Enid Bennett and Esme Grant.

Coming closest to Simpson Miller was the late Bennett of the JLP, who was elected seven times. Olivia Grange, 74, achieved her sixth term on Thursday after first winning in 1997.

Grange was the only woman among JLP Opposition MPs for four years until Shahine Robinson won the St Ann North Eastern by-election.

Hanna said that politics was best described as “blood sport” and that many women did not have the stomach for its rigour. She suggested that a type of political “crocodile skin” was needed to buffer the poison arrows of the “sport”.