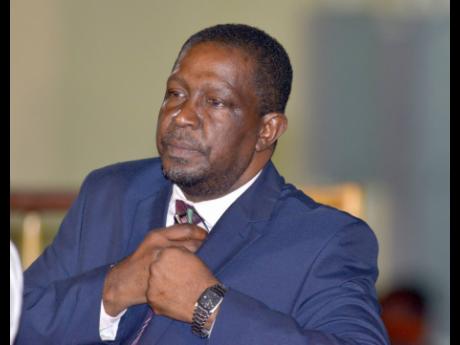 The Urban Development Corporation (UDC) has declared that it has nothing to hide after the Auditor General’s Department (AuGD) halted an audit because of problems getting information.

The UDC, the country’s main urban and rural development agency, which manages billions in state assets, falls under the Andrew Holness-run Ministry of Economic Growth and Job Creation.

“The audit report has been suspended due to outstanding information from UDC, related to audited financial statements, annual reports, valuation reports as well as the transfer of lands to the Jamaica North South Highway Company,” states a July 6 post on the AuGD’s website.

Under the Constitution, the Pamela Monroe Ellis-headed department is “entitled to have access to all books, records, returns and reports” of all government bodies.

The AuGD explained that it was doing a performance audit to find out how many of its recommendations from a 2012 report have been implemented and to examine “how effectively UDC has managed its assets, to ensure …viability of the corporation”.

The information hurdle is mainly because of a “tremendous backlog” in the completion of annual reports for the corporation itself, and some its subsidiaries stretching back to 2012, said UDC Chairman Ransford Braham.

He told The Gleaner yesterday that the outstanding documents would be ready within six months.

“Many of them now have been updated and submitted to our parent ministry. We’re not quite up to date as yet, but we have set up a special team to address them,” Braham said.

“Whatever the law requires us to do, no doubt, we will do it,” said the government senator, referring to laws, including the Public Bodies Management and Accountability Act, which mandates the submission of annual reports and audited financial statements within four months of the end of the financial year on March 31 annually.

“We’re not hiding anything,” he said, admitting that “on the face of it, it appears bad, but we’re not as bad as it used to be”.

Annual reports up to 2015-2016 for the UDC have been tabled in the House of Representatives and details from the last report show the agency with assets of $50 billion.

Former Opposition People’s National Party Senator K.D. Knight, who was UDC chairman from April 2012 to March 2016, said up to his departure, annual reports were “up to date”.

Audrey Sewell, permanent secretary in the Ministry of Economic Growth and Job Creation Ministry, said Holness was not aware of the issue and that she would be seeking an update on the situation.

Two of the island’s anti-corruption watchdogs have expressed alarm at the development.

“We need to recall that in 2019, the UDC recorded $626 million in capital expenditure. Secrecy in the divestment process compounds the lack of oversight. Continuing this opaqueness means the public has no idea of the criteria determining who is getting what and on what basis,” said Professor Trevor Munroe, principal director of National Integrity Action.

Jeanette Calder, executive director of the Jamaica Accountability Meter Portal, said the issue is disturbing, especially given the constitutional role of the AuGD.

“The UDC board reports directly to the prime minister, placing the weight of this his troubling lack of accountability squarely on his shoulders,” she said. “When the Government’s own chief auditor is refused access to accounts and documents, despite her constitutional right, there is cause for alarm.”

Among the UDC’s major projects are the development of downtown Kingston and Port Royal and the establishment of a government campus at the National Heroes Circle, where a new Parliament building is to be located.

Approximately $2.97 billion in revenues and a net profit of $265 million for fiscal year are noted in a 2020-2024 plan, which highlighted squatting and land divestments “without strategic acquisition” as threats.

In the 2012 report, the auditor general highlighted a number of corporate governance failures, financial challenges and internal control deficiencies that impaired the UDC’s ability to manage effectively and efficiently the resources under its control.