Trump no threat to democracy – chair 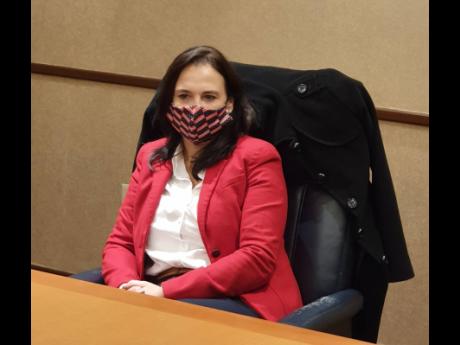 The first woman to chair the Republican Party of Ohio, Jane Murphy Timken, says a win for her party will signal a rejection of what she calls Joe Biden’s socialist ideology. She has also defended President Donald Trump’s commitment to democracy.

On the eve of what looms as a monumental general election, Timken told international observers during an interview at the Hyatt Regency in Columbus Monday that the Democratic presidential candidate’s plan to hike taxes on the wealthy threatens the capitalist foundations of modern America.

“Our voters believe there is a difference of philosophy of parties. Republicans believe in the individual and their self-determination, while the Democrats believe government should control one’s life. They believe in equal distribution,” said Timken, who was elected to the position in 2017.

The Republican chairwoman, who has been drumming up support for Trump in a state that has never been lost by her party, has been rallying voters for the incumbent, whose path to retaining the White House are slim, most polls show.

But Timken is banking on Trump carrying Pennsylvania, North Carolina, Wisconsin, Georgia, and Michigan to confound critics who had written off the brash businessman’s prospects against Hillary Clinton four years ago.

Timken is particularly encouraged by the Latino votes in Florida and what she said was push by African Americans.

“In the last three years, we had the lowest level of poverty in this country; lowest level of unemployment among minorities, and the president just announced the Platinum Plan, which is an expansion upon the economic boost that African Americans now enjoy,” she told the gathering of mainly Latin American business operators.

Timken rubbished notions that Trump was a threat to America’s democratic values.

“It is not the Republicans who are threatening to eliminate the Electoral College and take the outcome of the election to court,” she quipped.

“Democrats are threatening to pack the Supreme Court.”

Timken’s comments appear to be pushback against criticism of Trump, who has not committed to leaving the White House quietly if voted out of office. He has also been slammed for attempting to restrict mail-in votes.