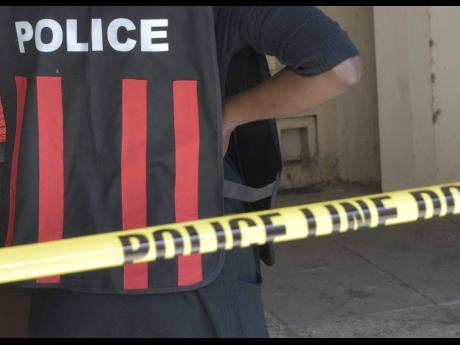 File
A joyride in 2019 cost two people their lives.

A Britain-born woman who went on a high-speed joyride through two parishes, ending in a spectacular crash that killed two persons, has been sentenced to a fine of just under $1 million.

Veronica Bennett, 38, pleaded guilty last month to two counts of causing death by dangerous driving and was ordered on Wednesday to pay $400,000 for each offence.

It comes a week after the same High Court judge ordered that a St Andrew woman serve three years in prison for a vicious knife attack on two sisters that left one of them confined to a wheelchair.

On October 6 this year, Tia Collins pleaded guilty to wounding with intent and unlawful wounding in the Home Circuit Court in downtown Kingston.

According to medical evidence presented in court by prosecutor Natalie Malcolm, assistant director of public prosecutions, one of the sisters – who was 26 weeks’ pregnant at the time of the February 2017 attack – was stabbed with a ratchet knife in the left shoulder, leaving her unable to walk unassisted.

“The 22nd of February 2017 was the worst day of my life. This was the day I attempted to part a fight between my younger sister and a lady, and I got stabbed to the back of my neck,” the now 26-year-old victim said during an emotional victim-impact statement during Collins’ sentencing hearing last Tuesday.

“That was the day you took away my ability to walk. Every day after when I wake up, my heart shatters,” she continued.

At the end of the victim-impact statement, Collins was sentenced by Brown Beckford to three years in prison for the offence of wounding with intent and one year for unlawful wounding. The sentences are to be served simultaneously.

Just over a year ago, Brown Beckford caused a stir after she sentenced a St Catherine man, Jeffrey Campbell, 43, to a total of six years in prison for stabbing 80-year-old returning resident Winnifred Williams and her 58-year-old son, Michael Williams, to death after the elderly woman refused to pay him the agreed sum for the cost of repair work to their home.

Campbell had pleaded guilty to two counts of manslaughter.

According to witnesses in Bennett’s case, the London-born woman, who is pregnant with her eighth child, was at the wheel of a rented motor car with seven family members after the group left a mineral bath in St Catherine on March 21, 2015.

When the car got on to Mandela Highway, witnesses told investigators that Bennett was driving “very fast and she was also swerving the vehicle from lane to lane and at times in the middle of the road”.

One passenger recounted, in a witness statement, how other passengers repeatedly pleaded with her to slow down but were rebuffed as the vehicle barrelled along Mandela Highway, weaving in and out of traffic, with music blaring from the speakers.

“A so we British do road,” the witness quoted her as saying.

As the vehicle entered Spanish Town Road, heading towards the Three Miles intersection, a police constable conducting traffic duty signalled Bennett to stop after the Toyota registered a 120kph reading on his radar gun in the 50kph zone.

She ignored the cop and sped away.

The passenger recounted that she lost control of the vehicle as it neared a bridge and said the car “flew into the air, hit the ground, and rolled over several times until it landed on all four wheels on the opposite side of the road”.

The constable who attempted to stop the vehicle was first on the scene and assisted the injured passengers to hospital, where Marlon Yearde, 21, and Michaela Clarke, 24, were pronounced dead.

Bennett was arrested and charged after she was taken off a UK-bound flight at Sangster International Airport in St James.