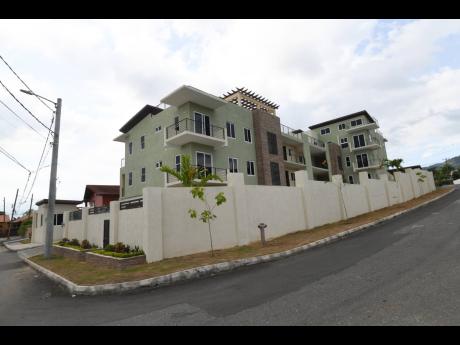 File
The apartment complex located at 17 Birdsucker Drive, Kingston 8. The Supreme Court ruled that the KSAMC and NEPA illegally authorised construction there.

One of the claimants in Thursday’s successful Supreme Court ruling that a multimillion-dollar St Andrew apartment complex was illegally approved and constructed believes that many more such developments are in breach.

Gavin Goffe, an attorney-at-law, also believes that while the court order made no pronouncement that the complex be torn down, the lack of authorisation suggested that it was “entirely possible that the authorities could ask that it be demolished”.

He argues that a property constructed without any approval or permit is in the same substantive position as one that is built on the pretext of a permit that the court later declares null and void.

In the judgment, Justice Georgiana Fraser overturned the building and environmental approvals for the Birdsucker development, declaring that the Kingston and St Andrew Municipal Corporation (KSAMC) and the National Environment and Planning Agency (NEPA) broke the law in granting them.

“The construction at 17 Birdsucker Drive is not supported by any legal authorisation,” read a section of the 84-page judgment, a major victory for residents of the upscale neighbourhood who took the matter to court in 2018.

Some $190 million spent to acquire the land and building material; deposits from purchasers, sales agreements, and a loan of a “substantial amount” are among the issues at stake for WAMH Development Limited, whose principals are Wayne Marsh and Andrew Henry.

Work on the apartment was completed in the last quarter of 2019, and all units have been sold, The Gleaner understands.

Chief executive officer of NEPA, Peter Knight, directed The Gleaner’s questions to the agency’s legal representative. No response was forthcoming up to press time.

Goffe, who was one of 10 claimants in the case, said he believes that the practice of unauthorised construction was widespread and posed a privacy and other rights.

“Many of these developments have balconies overlooking other people’s bedrooms or bathrooms and their backyards, which we cannot allow to stand without a challenge,” he said.

Goffe theorised that the ruling could open avenues for the KSAMC and the developers to be sued by purchasers of the illegally approved apartments.

Further, he said one consequence of such developments in long-established residential communities such as Havendale is that property costs are skyrocketing, imperilling homebuyers’ chances of affordable purchases.

“Whereas before an old house on a piece of land about a third of an acre, which would value, let’s say, about $15 million, is now being sold for twice that amount for apartment construction,” Goffe told The Gleaner.

“That means if you wish to buy a piece of land to build your single-family home, you will have to pay more than that since you can’t compete.”

Meanwhile, chief executive officer of the Kingston and St Andrew Municipal Corporation, Robert Hill, said that the local authority was reviewing the judgment.

“We acknowledge and respect the ruling of the court, and we are taking advice from our attorneys on the matter,” he said.