On cusp of 100, Norman turns up heat in kitchen 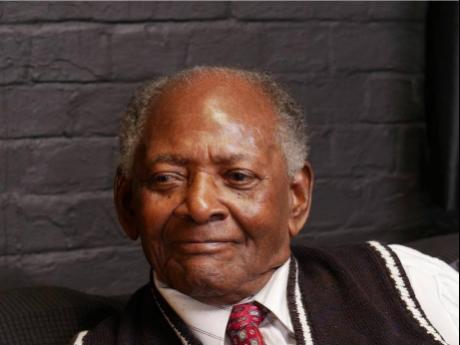 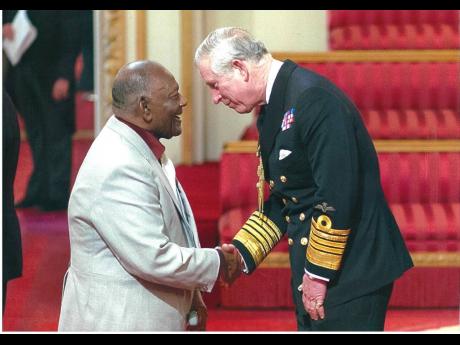 He will be celebrating his 100th birthday on December 27, but age has not stopped Norman Mitchell from spending time in the kitchen, where he was planning to prepare a full-course meal on Christmas Day.

Mitchell has already prepared fried fish, and his lamb legs will go along with rice and peas.

Although he migrated to the UK in 1955, the Clarendon native loves Jamaican cuisine, especially oxtail and rice and peas, his favourite dish.

He had been doing pastoral work in Jamaica prior to travelling by boat for two weeks to get to England. After settling, he worked as a glass-control inspector. After nine years, he left to do engineering for General Motors.

“It was very hard. We had to really make up in our minds to struggle through it, but we did,” said the father of six.

Like many migrants, he shared house with 15 others from the Caribbean, with seven jostling for space in the bedroom. His family moved over a couple of years later to join him.

“There were a lot of things that were not convenient, so that made it difficult,” he said.

Things didn’t improve for Mitchell and others until after 1958 when race riots began.

Mitchell is one of thousands of Caribbean migrants who constitute the Windrush Generation, the labour muscle that helped in the rebuilding of post-World War II Britain between 1948 and the 1970s.

The riots were fuelled by racial intolerance as the white working class became openly hostile to the influx of blacks, mostly from the Caribbean.

“It was a frightening time,” Mitchell recalled.

Mitchell eventually founded the West Indian Senior Citizens Organisation (WISCO) in 1980 to help migrants and remains an active member of his community in North London. Had it not been for the COVID-19 pandemic, the senior citizen said he would have been preparing a Christmas meal for members of WISCO.

He also worked for another care facility, where he looked after senior citizens. Mitchell was also a member of the St John Ambulance Brigade.

Given his significant contribution to the community and Church, Mitchell was given a British Empire Award at age 92. He was appointed Member of the Most Excellent Order of the British Empire and collected his award from Prince Charles.

“I went to the palace to receive it,” he said, beaming.

Mitchell, who now lives with one of his sons, still keeps himself busy by getting up at 6 a.m. daily to exercise and also does his own shopping when necessary. He visits Jamaica every year and would have come this year had it not been for the lockdowns brought on by the pandemic.

Mitchell’s family has big plans to celebrate his birthday despite the restrictions caused by the pandemic.

His daughter, Liz Mitchell, from the 1970s successful disco group Boney M, is coordinating with friends and family to put together video messages as they cannot gather.

A small gathering of about 30 will meet at St Mark’s Church in Harlesden in the morning and another service will be held in the evening. The services will be streamed on YouTube.

“There is always singing, happiness, and laughter in our family celebrations, so I’m sure we will have to record some music for Daddy,” said Liz.

Mitchell is grateful to God for blessing him with long life.

“A lot of my friends are very excited over this 100 years. They are calling me from all around wishing me well,” he said.