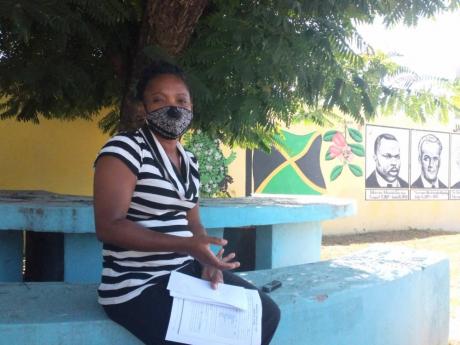 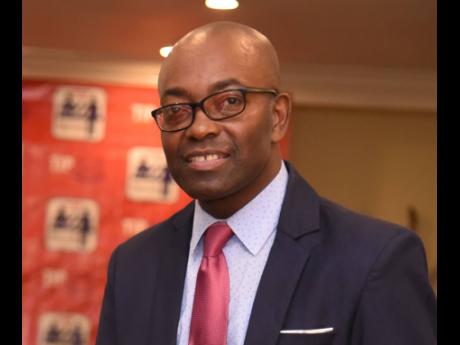 With the COVID-19-induced disruptions in the education sector since last March, some parents are opting to have their children delay taking the grade six components of the Primary Exit Profile (PEP) tests this year, preparations for which one educator has likened to a crash programme.

Tolima Anderson, principal of the Rennock Lodge All-Age School in Rockfort, Kingston, told The Gleaner yesterday that with the pandemic interrupting the delivery of the curriculum, the school and parents of its current senior students have decided to move them back to grade five in order to put them in a better position to sit the exams in grade six next year.

Anderson, who heads a small school, said that she currently has roughly five students who would be eligible this year for the grade six stage of PEP, but their readiness level is way below par, with the first of three tests due to be administered next month.

The ability test is to be administered on February 23 while the performance task and the curriculum-based test are set for two days in April and May, respectively.

“It is like we are doing a crash programme, and I don’t agree with that. My parents and I have come to an agreement. They are seeing that the students are not ready. They have been out from March, and the online classes haven’t been working for everyone. Some students don’t have the Internet. The parents can’t afford it, and they don’t have the help,” she said. “Some of them don’t have the gadgets or access, so they have fallen right back. Even the ones that have access, sometimes they are online and sometimes they are not. Basically, we have issues and challenges in every way.”

ELIGIBLE TO SIT EXAMS NEXT YEAR

She said that since none of the students were born in 2008, they would all be eligible to sit the primary school exit exams next year.

“Every one of our senior students was born in 2009, and the parents were the ones who said they are not sending up their child because they need to stay back and get the content properly before we move them out,” Anderson said.

“I don’t think there was any lecturing of the parents across Jamaica as to everything that will happen with the students. I don’t think they are ready to go to high school. What the Government should have done was to defer all students born in 2009 back to grade five and work with them in order to educate them more. They are not ready,” she insisted.

At Minto Primary School in St Thomas, seven students are preparing to sit PEP, and though they are engaged on Google Suite and WhatsApp, a few are still finding it difficult to adapt to the virtual classroom.

And while the education ministry has also moved to have lessons aired on radio and television since schools were closed last March due to the pandemic, Principal Udell Dawkins said that those lessons are not accessible by her students because of poor signal.

The school was not among the more than 120 institutions cleared to resume face-to-face classes this term as it is yet to be inspected by health ministry officials, owing to damaged roads, with Gordon Town, Llandewey, and Cedar Valley being the major routes to the school.

“Many of our children across Jamaica, because of the lack of connectivity, and so on, they are really not prepared,” Dawkins told The Gleaner yesterday. “Some of my parents feel that the exam should not be held in February.”

Principal of Ascot Primary School, Mark Jackson, said that his students’ access to quality education has been interrupted based on the many issues that have arisen since the local COVID-19 outbreak.

“The data will also show clearly that we are reaching a small percentage of our students, and then to sit a national exam, naturally, a large percentage will be at a disadvantage,” the principal of the St Catherine-based school said.

Jackson explained that though he is on leave and cannot speak specifically to the current daily happenings at Ascot Primary, he believes that the ministry should defer the tests or use an alternative measure as sitting the exam in its current structure would not be ideal.

Similarly, principal of Rosseau Primary School, Owen Speid, told The Gleaner that it would be unfair to ask students who have been missing classes to sit an exam in less than two months.

“We are losing contact with close to half of our children across the island, at the PEP level, for almost a year now – from when they were in grade five,” he lamented.

Meanwhile, at Holy Family Primary and Infant School, up to the end of the last school term in December, 30 of the 120-plus PEP students did not have access to a tablet or a laptop for online classes.

Now, in January, it is quite the contrast as they are each equipped with a device, but the challenges of Internet connectivity remain.

“I have mixed feelings about it,” said Principal Christopher Wright.

“I think that some components of it can be exempted. Some students were unable to participate in a full way online, and I have many of those students who were in that situation, and they would have missed vital instructions,” he said, adding that calling off the exam entirely may not help the education system.

Wright added that while the ministry may be doing its best, invariably, some students will be disenfranchised. He added that parents who made sacrifices to invest in tablets and Internet installation may be disappointed if the exams are postponed.

Yanique Malcolm, parent of a grade six student at St Aloysius Primary School in Kingston, is among persons who strongly believe that PEP should be pushed back because of the haphazard learning-from-home process the students have been engaged in since the local COVID-19 outbreak.

“The students don’t have enough time to grasp all of the curriculum. Basically, the work they have been getting has been rushed. They did not finish the grade five curriculum and are now in six grade six, and it is the same thing. Their education is being rushed. They are not getting to grasp as much as they would have grasped in the classroom,” Malcolm told The Gleaner.

Preferring to reserve comments on whether PEP should be pushed back, principal of the Seaward Primary and Junior High School, Arlene Thomas, said that her teachers have been preparing the students as best as possible.

“We are in preparation mode. We have tried to accommodate the grade six students as best and as often as we are able to. They are here now. Whatever the ministry decides, we will work with it,” she said. “Teachers have been teaching online. They have been sending out printed material. We are in the process of finalising plans to host weekend camps. Children will come in, and we would start Friday, Saturday and into Sunday. We will meet with the parents and the ministry to see what direction is best.”

Speaking in Parliament last month, Education Minister Fayval Williams said that the content coverage to be assessed has been reduced and some tests delayed as interventions were being planned.

“We understand the impact on learning loss that would have happened during the pandemic, and we want to assure parents and students that we have taken this into consideration for the PEP examination,” the minister said.