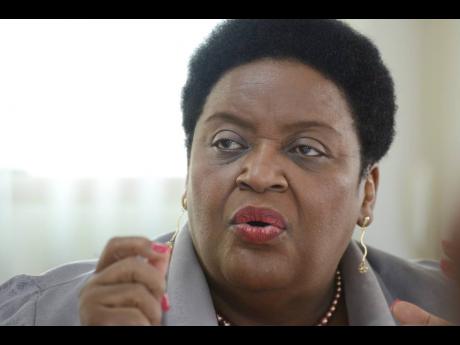 The Office of the Political Ombudsman (OPO) is pushing for increased powers to allow the commission of Parliament to submit reports to the director of public prosecutions (DPP) for rulings on breaches such as vote-buying.

For years, many political observers have argued that the watchdog lacked the potency to rein in breaches of the Political Code of Conduct that was first signed in 2005 by the leadership of the People’s National Party and the Jamaica Labour Party.

Political Ombudsman Donna Parchment Brown told The Gleaner that vote-buying was a vexed issue in Jamaican politics, an offence that is highlighted in Section 91 (a) of the Representation of the People Act.

She said it is not clear how that section of the law is enforced, adding that most pieces of legislation related to criminal breaches require police enforcement.

“It is unlikely that a police officer is going to determine that they have come upon a case of vote-buying, which they are now going to turn into a criminal charge,” she said on Monday.

In her 2018 annual report, which was tabled in Parliament last week, Parchment Brown recommended that the Political Ombudsman (Interim) Act be amended to allow her office to make reports to the DPP.

She said her office can only make reports to the leaders of political parties about alleged vote-buying offences.

Failure to report campaign contributions to candidates and political parties is an offence that the OPO should be able to report to the DPP, Parchment Brown told The Gleaner.

“It’s OK to give the money, but failure to submit a report could lead to a fine of $1 million, but who is to make that happen?” she questioned.

The political ombudsman insisted that where alleged breaches of the law are brought to her attention and prima facie evidence presented, her office should have the power to make referrals to the DPP.

“It will be for the DPP to determine if the matter is to be prosecuted or not,” she said.

Parchment Brown is also recommending that legislation be strengthened to improve compliance with the Political Code of Conduct by adding penalties for failure to comply.

She also wants politicians fined for failing to remove signs and campaign paraphernalia.