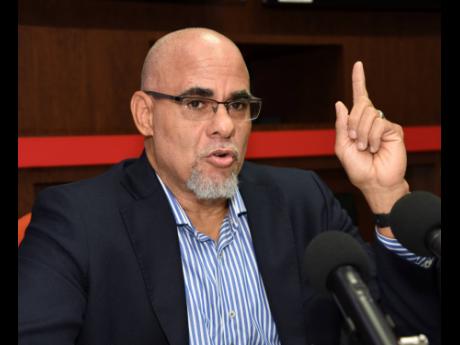 The Private Sector Organisation of Jamaica (PSOJ) is piling pressure on the Government and the Opposition to fast-track the passage of the Enhanced Security Measures Act amid renewed anxiety about violent crime, particularly murder.

In a landmark decision last year, the Supreme Court ruled as unconstitutional the months-long detention of five men without charge, dooming the Holness administration’s much-touted plans to use states of emergency (SOEs) as a long-term crime-fighting measure.

Drafting of the Enhanced Security Measures legislation is expected to be completed by March 2021, when the financial year comes to an end.

Passage of the law will not become effective until some time in the fiscal year 2021-2022, ultimately missing the March 2021 deliverable date set out in the seven-page National Consensus on Crime agreement signed off on by the Government, the Opposition, private-sector organisations, and churches back in August 2019.

“We call for a level of openness from the GOJ and a solution-oriented and constructive approach from our Opposition within the spirit of the national consensus as united we stand, divided we fall,” president of the PSOJ, Keith Duncan, said during a press briefing on Wednesday.

The main elements of the framework for the draft Enhanced Security Measures legislation were agreed. These conditions include a system of accountability and judicial recourse to protect the rights of citizens and specific powers of search and detention, among other things.

“Every time there is a spike in crime, it creates anxiety and fear in all of us,” said Duncan. “We cannot stroke this fear and undermine the spirit of the national consensus and further undermine the trust of the Jamaica Constabulary Force and the Jamaica Defence Force who are out there on the front line.”

The heightened pressure on Government and the Opposition to fast-track the legislation comes against a new report on Latin America and the Caribbean that revealed that Jamaica now has the region’s highest homicide rate at 46.5 per 100,000 people.

There have been 141 murders up to February 3 this year, eight per cent, or 11, more than the 130 for the corresponding period in 2020. For the year 2020, Jamaica recorded 1,301 murders. Gang-related activities account for 80 per cent of murders across the island.

Once the legislation is passed, the PSOJ also wants a more cohesive approach to community renewal and urban planning with a view to preventing the development of new informal settlements.

To achieve this, a national land use policy is expected to be developed.

The next set of deliverables under the national crime consensus are a new JCF Act and the strengthening of the Proceeds of Crime Act. Both are planned for calendar year 2022.

In January, the PSOJ unveiled a six-point strategic plan aimed at promoting inclusive growth across the country.