‘You have to try something’ 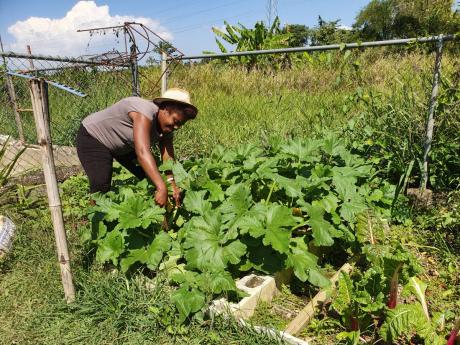 Contributed
Debbie Baker checking on crops in her backyard garden. 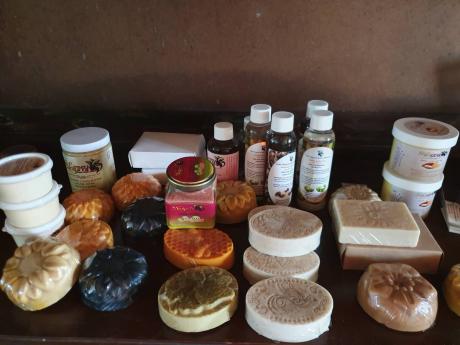 Contributed
Hair and face products made by Debbie Baker.
1
2

Debbie Baker thought the COVID-19 pandemic would last just a few months and she could live off her savings, but within 90 days of the devastating virus landing on local shores, reality struck.

The former Spanish-speaking tour guide, who had spent the last 15 years in the tourism sector, had few options as she watched a once-thriving industry crumble before her eyes.

“Losing my job was the first big thing. I knew I had to pivot fast. Within month four, I had to figure out what I was doing ... because I cannot mek this happen to mi. Can’t go no further. I had a child to think about and the bills were piling up,” she told The Gleaner.

With enough land space at the back of the house she was renting, Baker sought permission from her landlord, who agreed that during the pandemic she had to ensure she ate.

“She said, ‘Do what you have to do’, and that’s how I started planting stuff – just to supply my house,” said Baker.

Her neighbour was the first to notice her green thumb, offering to purchase Baker’s bell peppers, which proved more affordable than market prices.

“Then she see the string beans and seh mi love string bean, enuh. Sell mi some. And I started thinking seh, ‘Yuh know, I should really do this and start selling’. And that’s how I really started selling stuff,” she recalled.

And that’s not all she is dabbling in.

Baker is also making hair oil and skin products, which she started doing for herself, her son and a few friends.

“You have to try something,” she told The Gleaner.

Born in Mandeville, Manchester, Baker worked as an entertainment coordinator and night manager at RIU Negril and later Montego Bay, where she now settles.

When the pandemic gobbled up all her savings, Baker decided to walk the streets of Montego Bay selling her products because as accommodating as her landlord was, she knew she had to pay electricity and water bills.

“My livelihood depended on it and I wasn’t about to roll over and start begging,” said the 46-year-old.

“Yuh haffi walk and mek people know yuh have something that they want,” she quipped, tipping the straw hat that sheltered her face from the scorching sun that pelted the backyard.

Even the supermarket operator in the area would buy from her, lauding her for the freshness of her produce. The owners of some of the stores to which she had been taking tourists are also in her corner.

She now has a market, but need topsoil and shade to ensure she is able to sustain her new-found profession.

“Yuh haffi buy topsoil. ... All when they dig up they yard, they not giving it to you. You haffi buy it ... And that’s where I am right now. I need the black shade material and topsoil,” she said.

Baker said she sought assistance from a family which makes soaps and some of the products she was developing.

She spent nights teaching herself and learning while making many mistakes.

“Sometimes when the products spoil mi cry. Mi seh, ‘Fahda, weh mi a guh get more money fi start again from scratch?’ Because it tek trial and error. It tek whole heap a work. Yuh haffi study, huh haffi know which plant can put because every plant have a chemical reaction to something else, so yuh haffi learn all a dat,” Baker told The Gleaner.

“So every product is personally done ... and I use every one that I make up. My son is my guinea pig and myself,” she added, noting that her neighbour’s daughter also volunteers to use the newly developed products.

The entrepreneur in her wouldn’t allow her to do just any presentation, so Baker learnt how to design her own logo and named her line Lola’s Natural Hair & Skin Care. A woman at Earth Crafters JA on Union Street then does the packaging.

She has body butter, an amber blush and soaps, which she says sell very fast.

“I have a soap that I call Me Again and one called Virgin Face, which is tea tree and coconut milk,” she said.

Her men’s line goes fast as well because they help to reduce hair bumps, and her beard oil is a big hit.

Her soaps have no colouring or fragrance oils, only essential oils.

And although COVID-19 has brought her good and bad, she is grateful that her relationship with her teenage son has been strengthened.