Caymanas in tears as DaCosta rides off into sunset 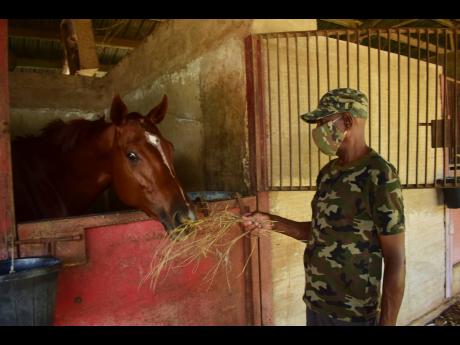 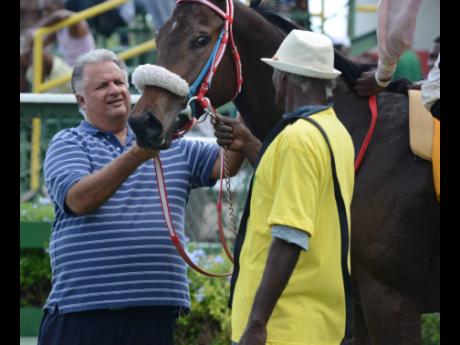 File
Trainer Wayne DaCosta tends to SHE’S A MANEATER after the horse won the seventh race for native-bred three-year-olds over 1100 metres at Caymanas Park on Saturday, September 24, 2016. MANEATER helped define the greatness of DaCosta with the Triple Crown.
1
2

DaCosta, who had COVID-19, passed away on Wednesday morning after being admitted to the Intensive Care Unit of the University Hospital of the West Indies for several weeks.

McFarlane, who worked with daCosta for more than 40 years, said the late trainer’s death had taken a huge psychological toll on him.

“I was crying, and I am still crying, because I am in shock because we were all thinking that the trainer was going to come back to the track,” McFarlane said.

“Wayne wasn’t just a trainer to us, he was a father figure to most of us, and we loved him dearly.”

The soft-spoken groom, who was inducted into the horse racing hall of fame a few years ago, said that DaCosta had had a huge impact on his own career. McFarlane, 63, has won more than 250 career races with daCosta, whom he described as the greatest racehorse trainer the country has produced.

“I started working with him after I left Arthur Sharpe stable in the late 1970s when he started training some horses, and then eventually, he used seven horses to win the trainer’s championships one year, and that is a record that he has created,” said McFarlane.

DaCosta, who was peerless with more than 2,000 race victories, won the Triple Crown twice with War Zone in 1996 and SHE’S A MANEATER in 2017. He also won the Diamond Mile at Caymanas Park three times, twice with Seeking My Dream, and once with SHE’S A MANEATER.

Champion trainer Anthony ‘Baba’ Nunes, who broke DaCosta’s vice-grip in 2019, described the late legend as “the face of racing for so long”.

“He had fantastic owners who will greatly miss him as well ... . Wayne has touched everybody in horse racing, and he was far too young to lose him as this time,” Nunes said.

See related story on B1.