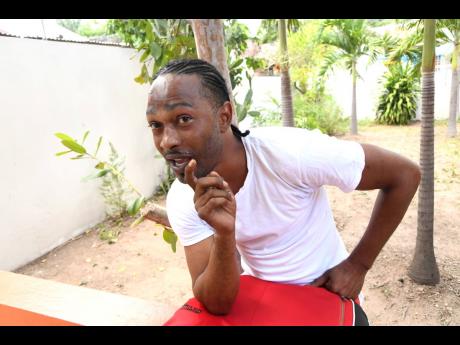 Rudolph Brown/Photographer
Dayne Mitchell says the Government has failed badly in using curfews to rein in the coronavirus. 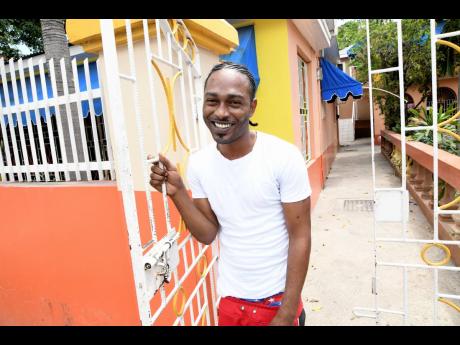 Rudolph Brown/Photographer
Dayne Mitchell believes that he was unfairly targeted by the police last year.
1
2

Dayne Mitchell, the 39-year-old arrested on April 1 last year after he recorded a video voicing his resistance to the weeklong islandwide 8 p.m. curfew that was in place, has criticised the effectiveness of the nightly lockdowns in containing the coronavirus. He believes that the Government tried to make an example out of him and has failed miserably.

Mitchell, a resident of Jones Town, southern St Andrew, said that the threat of curfews has done little to arrest the spread of the virus, which has killed 599 people, with infections hurtling towards 40,000.

With the country in the throes of a third wave of COVID-19, there is widespread flouting of the Disaster Risk Management Act, he said.

“Look how much people dem throw inna truck weh still deh a party and something,” Mitchell told The Gleaner.

Though he was fined $60,000 and publicly apologised for “dissing” Prime Minister Andrew Holness in an expletive-laden rant and for defiance of the curfew, Mitchell, on the eve of the ignominious anniversary of his arrest, insisted that the nightly lockdown "nuh mek no sense".

“The bully thing nah go work and a dat you a do.”

The higgler said that curfews were counterproductive as most people remained inside at nights. While the curfew, which still ends 8 p.m. daily, has reportedly not affected his profits, crowds have formed as customers rush to buy food and other items before having to retreat home.

The country is in the midst of the second of three consecutive weekend lockdowns.

After his release from custody, a second video made by his friends surfaced, with Mitchell saying he was going home before 8 p.m.

On Thursday, he denied that he was a social influencer.

Mitchell said the original video was made at 7:30 p.m. and uploaded to his WhatsApp status when he returned home around 7:45 p.m. Mitchell said seven police vehicles and approximately 24 police officers turned up at his gate around 10 p.m., with a drone in tow, and dragged him out of his house. He was later charged.

The vendor gave tongue-in-cheek commendation to the police for their quick response to breaches of the de facto coronaviras law. He has called for similarly fast action from the police towards others brandishing guns in viral videos.

“How dem man deh no get ketch? ... Why dem still out a road? That mean say COVID more serious than crime," he said.

Senior communications strategist in the Jamaica Constabulary Force, Dennis Brooks, said though “every video is judged on its own merit”, all footage that warrants the attention of the security forces is treated with the requisite importance and urgency.

In Mitchell’s case, the location was easily identifiable and his refusal to comply was clear, said Brooks.

With the Government weeks into its immunisation programme, Mitchell is pleading for resources to be reallocated to fight crime and provide stimulus cheques for Jamaicans.

In the meantime, Mitchell said he would be carrying on his April Fools' tradition but would be remaining inside.