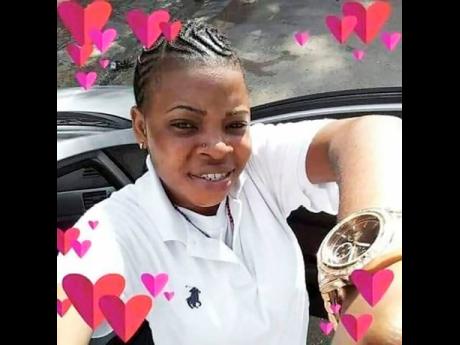 A female taxi operator was shot and killed by attackers posing as passengers along the Tucker main road in St James on Tuesday.

The murder is likely to increase the temperature of national outrage against violence against women amid a rash of incidents across the island that have sparked anger from pubs to the Parliament.

The deceased woman has been identified as 25-year-old Tamara Higgins, otherwise called ‘Tommy’, of a Spring Mount address, also in St James.

Reports are that about 7:30 p.m., Higgins, who operated a Voxy bus as a taxi that plied the Clock Tower, Montego Bay, to Spring Mount route, stopped to let off a passenger on the Tucker main road.

The passenger alighted from the vehicle and went towards the trunk, where he had placed a bag. Higgins stepped out of the vehicle to open the trunk but was immediately pounced upon by the passenger and an accomplice.

Both men opened fire on Higgins and fled.

On the arrival of the police, the wounded woman was seen lying beside the bus in a pool of blood. She was taken to the Cornwall Regional Hospital, where she was pronounced dead.

Other passengers who witnessed the shooting were left badly traumatised by the brutality of the attack.

“Mi naw really talk off mi mouth, but di way how mi see the bredda a move inna the bus, yuh coulda see that him is a professional hitman,” said a man who was in the bus at the time of the shooting.

“After dem shoot the chick, dem jus tek weh demself. All this time all mi a do a deh pray to God fi mek dem gwaan suh that mi can tek weh miself.”

A police investigator, speaking on anonymity, told The Gleaner that Higgins knew the men, who are associated with the notorious Chu-Chu Gang.

She is the 47th person to be murdered in St James since the start of the year.